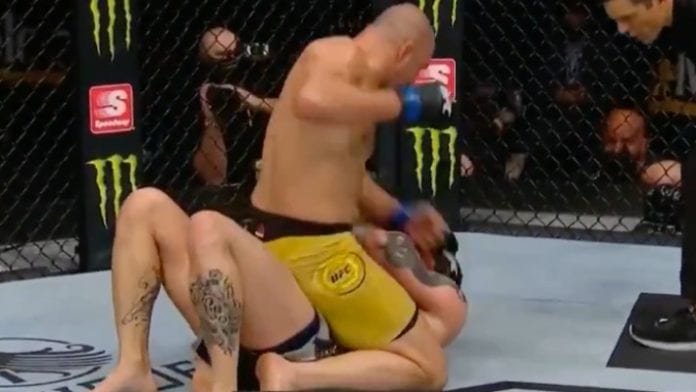 The Brazilian is now on a four-fight winning streak following his dominant fifth-round TKO victory over Anthony Smith in the UFC Jacksonville headliner on Saturday night.

Smith took plenty of damage as he was mounted and beat up by Teixeira over multiple rounds, just doing barely enough to survive. In the end, it was too much to handle as Teixeira earned the stoppage win.

What did you think of Teixeira’s victory?