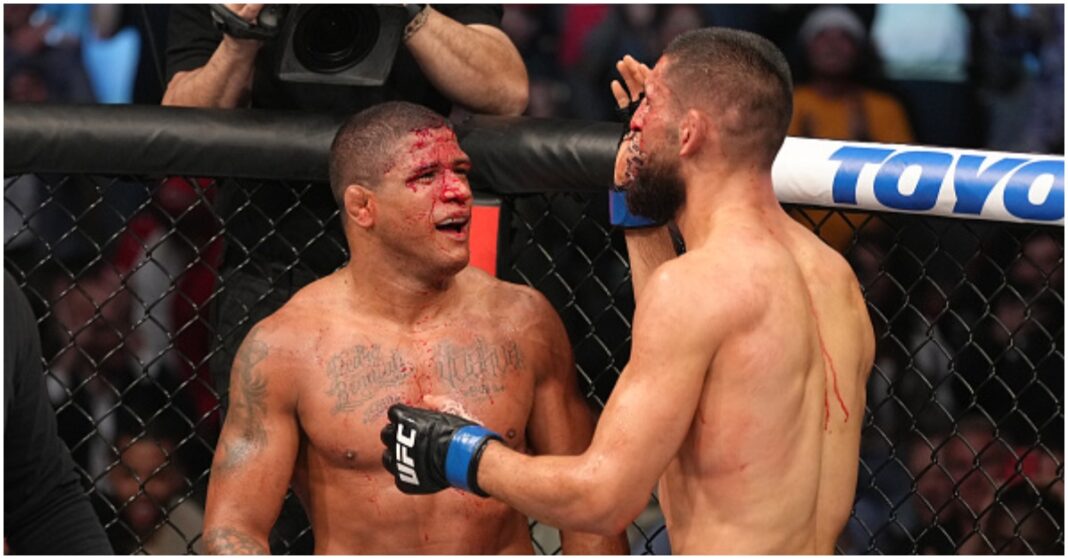 Despite a tough loss at UFC 273, former title challenger Gilbert Burns still has a burning desire to capture UFC gold.

Facing Khamzat Chimaev, Burns had a tough task attempting to defeat an undefeated monster and came up short. However, it was a hard-fought battle that revealed Chimaev is indeed human, with flaws like every other man.

Both struggled to implement their grappling game, and things were very back and forth on the feet. The two men absorbed stunning amounts of damage, but ‘Borz’ truly demonstrated his chin is first class, eating every strike Burns could offer.

While Burns potentially edged things out on the feet, Chimaev landed more takedowns. It was a very close fight, and while the outcome isn’t necessarily controversial, a decent amount of fans, media, and fighters have said they believe Burns actually edged out the match.

Regardless of the outcome, ‘Durinho’ doesn’t seem to be taking things too badly. He released a statement on Instagram, seeming positive and excited to move forward.

“Had a lot of fun yesterday, unfortunately, was not enough to get the win.” Burns would say. “Shoutout to my family, team, sponsors and fans for the support! Love you guys. Another lesson learn! I won’t rest until I have the belt! Thank God another opportunity to do what I love! Shoutout to everyone from UFC team the security guys, guys with the blue, doctors, and @danawhite it’s a pleasure fight for this company! ALL GLORY TO GOD!”

Gilbert Burns is now 3-2 in his last five fights. It’ll be interesting to see what his next move is, but with a performance like the one he had at UFC 273, he will surely have many opponents lining up for the opportunity.

What do you make of Burns’ response to his loss to Khamzat Chimaev? Leave your thoughts down in the comments below!