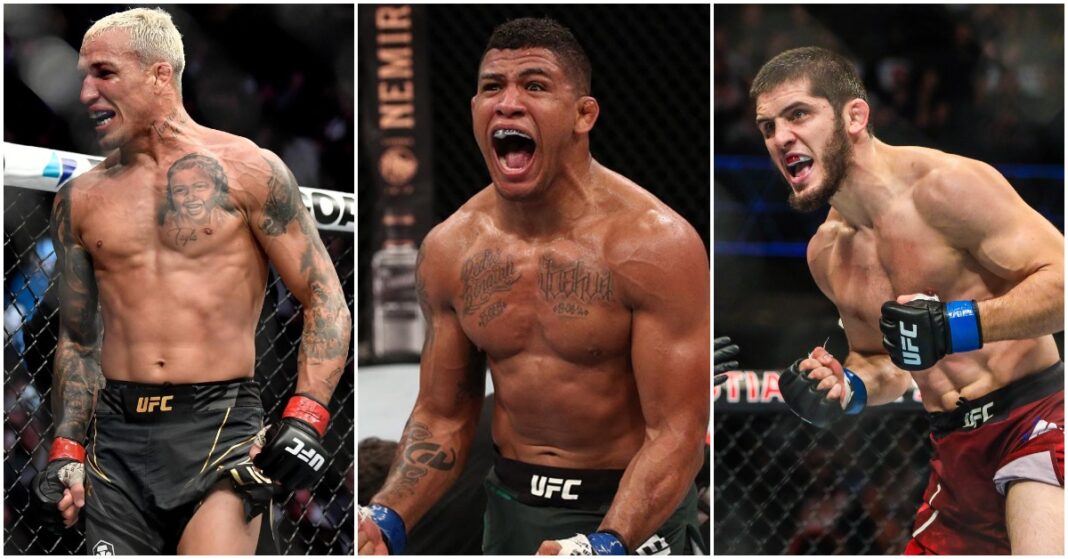 Since UFC 274, where Charles Oliveira defeated Justin Gaethje in just the first round, a matchup between Oliveira and Mahkachev has been on the minds of many.

The proposed matchup would be for the vacant lightweight title, which Oliveira lost on the scales before his last bout, and would be expected to land in October in Abu Dhabi.

Mahkachev, who is the proposed heir apparent to Khabib Nurmagomedov’s throne, would be making his first title challenge with only a handful of wins over ranked opponents, but he and his team are confident. Long-time friend and training partner, Nurmagomedov has been particularly vocal in campaigning for this fight, pleading with UFC president Dana White to make the bout, all while goading Oliveira online. ‘The Eagle’ has criticized Oliveira’s record and grappling skills in recent weeks.

One man however who is confident in Oliveira is Gilbert Burns, who says that ‘Do Bronx’, regardless of record has the skills to beat anyone.

“For sure, he got knocked down,” Burns said to Helen Yee. “I saw a couple of guys say, ‘Oh he got knocked down, he got dropped [and] he lost before’ but that was before. What happens is a couple guys have a record built, they have a lot of easy fights and they come with a lot of fights and undefeated, but this guy was in the fire since he was so young. He was in the UFC fighting the best guys. For sure, he got a couple of losses, but Charles Oliveira right now in 2022? Wow.

Although Burns does credit Mahkachev for his in-ring prowess, he still believes that Oliveira’s overall game would be too much.

“And I’m a fan of the division,” continued Burns. “If it were me, if Burns was the matchmaker, I would make Islam and Oliveira, for sure. And that’s a fight that’s very intriguing. I still believe Oliveira can get a win because the striking, the pressure that he does, the jiu-jitsu. People say, ‘Oh, but the sambo’ and yeah, I got it but Oliveira is huge for the division… I think he’s on a different level.”

Do you agree with Gilbert Burns?