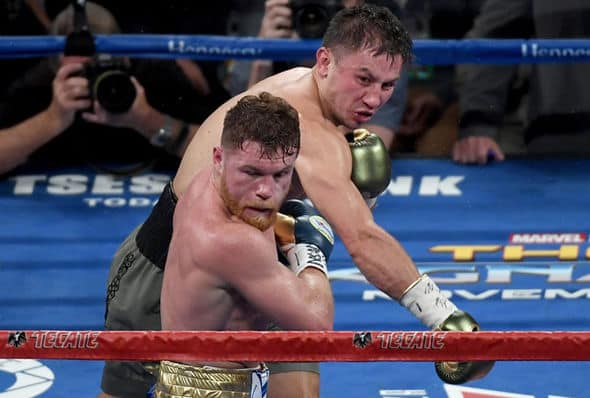 Boxing will once again put together a mega fight between Canelo Alvarez and Gennady Golovkin, as reports are surfacing stating the rematch will go down on May 5, 2018 in Las Vegas.

While the first fight ended in a draw, both men are widely regarded as the two best lighter weight boxers in the world, especially with Floyd Mayweather now once again retired and Manny Pacquiao no longer fighting in his prime.

According to an interview by the LA Times with Golden Boy Entertainment President Eric Gomez, a third fight between the two isn’t off the table as well.

“It’s going to be another great fight, so it’ll likely be a natural to do another rematch, but it’s not in the agreement. We want to concentrate on getting this [second Alvarez-Golovkin fight] done and then we can talk about a third fight later. I know Canelo’s going to win. I think Canelo figured him out in the last three rounds. Look at that fight. Canelo handled [Golovkin] those last three rounds. And this time around, Canelo’s going to have an easier time with him. Not an easy fight, but he has the experience now and he wants this fight.”

Boxing has been in a bit of a lull ever since Mayweather vs. McGregor and the first GGG vs. Alvarez fights late last year. Heavyweights like Deontay Wilder and Anthony Joshua are gaining some well-deserved notoriety, but a bout between the two seems unlikely, at least for the foreseeable future.

Until then, the fight to make is a rematch between GGG vs. Canelo, which reports say will be held in the new T-Mobile Arena.

Who do you see winning the rematch between Golovkin and Alvarez? Is that the best possible bout to make in boxing right now?