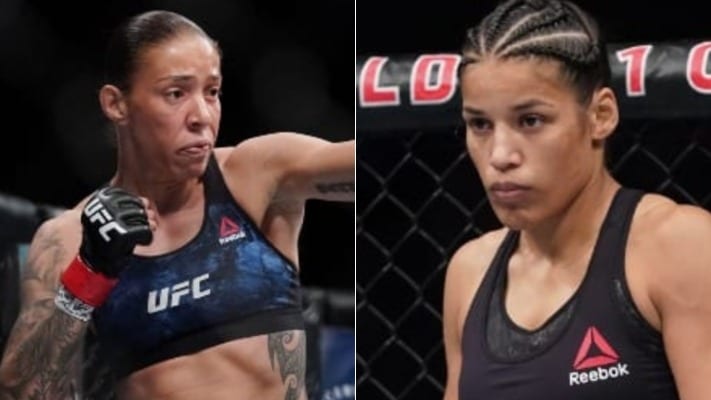 A pivotal women’s bantamweight bout between Germaine de Randamie and Julianna Pena is in the works for the UFC’s upcoming Fight Night event on October 3.

That’s according to MMA Fighting who confirmed the fight with multiple sources that stated verbal agreements are in place. An official announcement should be expected soon.

De Randamie hasn’t competed since suffering a unanimous decision defeat to Amanda Nunes in their bantamweight title fight at UFC 245 last December. It snapped a five-fight winning streak for the former kickboxer whose previous loss before that came to Nunes as well back in 2013.

Pena, meanwhile, will look to return to title contention.

The 30-year-old only returned to action for the first time since January 2017 last year when she outpointed Nicco Montano in July. Overall, she is 5-1 with the UFC with her only setback coming to current flyweight champion Valentina Shevchenko.

A win over de Randamie could put Pena in position to challenge Nunes for the 135-pound title next, though Irene Aldana is also in with a shout should he defeat Holly Holm whenever their bout is rescheduled.

Nunes most recently defended her featherweight title against Felicia Spencer at UFC 250 last month and is expected to only return to action next year.

What do you make of de Randamie vs. Pena?