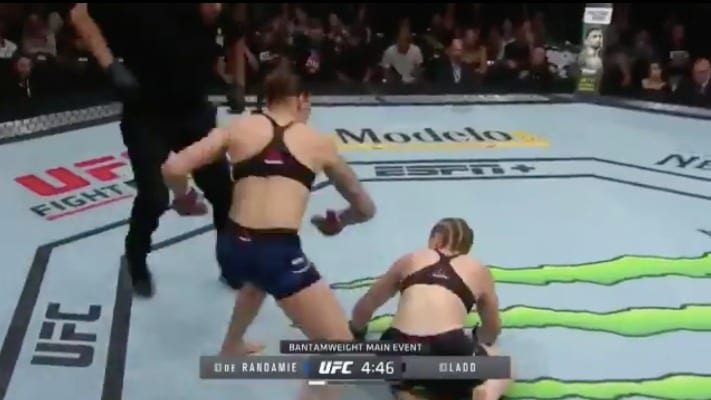 Germaine de Randamie just set a record with her first-round knockout win over Aspen Ladd. Although, it wasn’t as fast or as decisive as Jorge Masvidal’s was last weekend.

The Dutch striker came in and dropped Ladd with a hard and clean right hand down the middle. Ladd looked out of it initially and crumbled over to the canvas. However, she looked like she came to quickly and was beginning to defend on the ground, but the referee stepped in and stopped the fight.

Ladd argued it was an early stoppage, and the booing Sacramento crowd agreed with her. You be the judge. Check out the finish here:

LowKickMMA’s coverage of UFC Sacramento is in the books. Make sure to the full results from a great night of fights at this link.