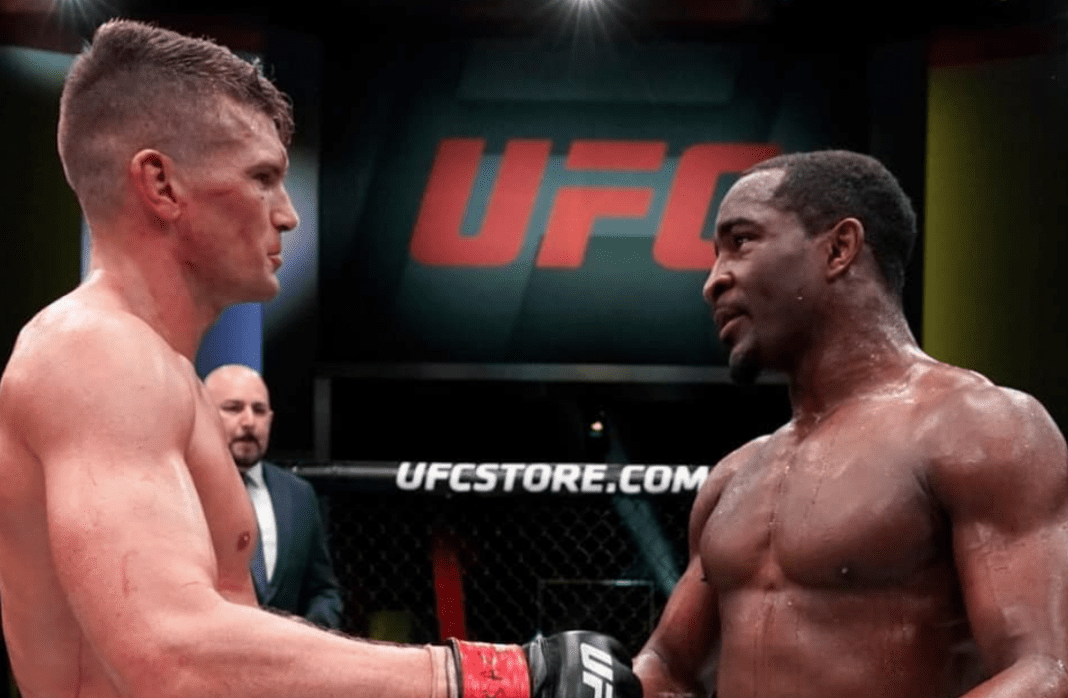 Geoff Neal had to go through plenty of adversity leading up to his fight with Stephen Thompson.

Neal suffered a unanimous decision defeat to Thompson in the UFC Vegas 17 headliner last night as he was completely outclassed by the former title challenger over 25 minutes.

The 30-year-old released a statement soon after the fight where he detailed all the adversity he had faced leading up to the fight — including congestive heart failure earlier this year — as well as not being able to see out of his eye for four rounds.

“I want to take the time to thank all my supporters and friends. I haven’t replied to everyone but just know I love y’all! Not the outcome I wanted but I had fun nonetheless. Some much adversity dealing leading up to this fight.. sepsis, congestive heart failure, 3 of my corners testing positive for covid, with one of them being the general @sayifsaud, but I still made that walk and fought that fight.

“Couldn’t see out of my right eye for 4 rounds and still managed to hang in there with a guy whose been kicking ass since I was like 9yrs old lol. I don’t know about y’all but I’m proud of me! Shoutout to my teammates and coaches who did everything to get me ready for this moment.”

Neal’s injury to his eye appeared to have come from an accidental headbutt with Thompson towards the end of the first round as both fighters were cut and bleeding as a result.

However, “Handz of Steel” is not using all of that as excuses either, as he made sure to give props to “Wonderboy” for his performance as well as how he conducted himself during the fight.

“And big shout out to @wonderboymma. True definition of a martial artist. Never stop being you my man. And tell your pops I said thanks for the water 😂👊🏾

“P.S this is not an excuse @wonderboymma is good af lol”

What did you think of Neal’s performance despite all the setbacks he had to deal with?