Francis Ngannou has reiterated his desire to box Tyson Fury and claimed that the fight will eventually happen with or without the help of the UFC.

Ngannou, who is due to fight Ciryl Gane at UFC 270 on January 22, has been at odds with MMA’s premier promotion for some time now and could well become a free agent in 2022.

The Cameroonian knockout artist has been talking up a potential crossover bout with WBC heavyweight champion, Tyson Fury, who seems keen on a fight with the UFC heavyweight king.

Ngannou has previously stated that he will only sign a new deal with the UFC if he is free to take boxing bouts with the likes of ‘The Gypsy King’ and Deontay Wilder.

The UFC are notoriously strict on this type of thing but have made exceptions in the past. Conor McGregor, with the help of the UFC, fought Floyd Mayweather in what was one of the most lucrative combat sports events of all time.

During a recent interview with DAZN, Ngannou guaranteed that he will fight Fury sooner or later,

“Yeah, I do believe that that fight will happen,” Ngannou said. “I think Tyson Fury wants that fight to happen too, so eventually it will happen at some point. I can’t say specifically when but for sure it’s gonna happen since we both are willing to make that fight happen.”

Ngannou clarified that he doesn’t want to be allowed to go off and make boxing bouts alone. The 35-year-old wants Dana White and the UFC to co-promote shows between him and some of the best heavyweights on the planet.

“It’s not like freely go have a boxing match but more so I would like something like Conor and Mayweather did,” Ngannou explain about his contractual requirements. “I think it would be more viral with the supporting that, with the UFC behind that. Anything that you do with the UFC behind, I think it’s gonna be huge…

“From where we are, nothing is safe to say…. Yes (no boxing is a deal-breaker). I’m 35 years old, bro. It’s not like I have a lifetime ahead of me. I’m very aware of my age and the stage of my career and if I really want to do this, I think it’s time to do it. But I don’t see why that shouldn’t be possible for them as well.” (Transcribed by MMA Fighting)

Do you think Francis Ngannou will re-sign with the UFC? 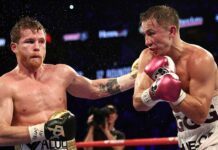 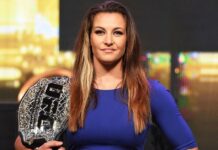