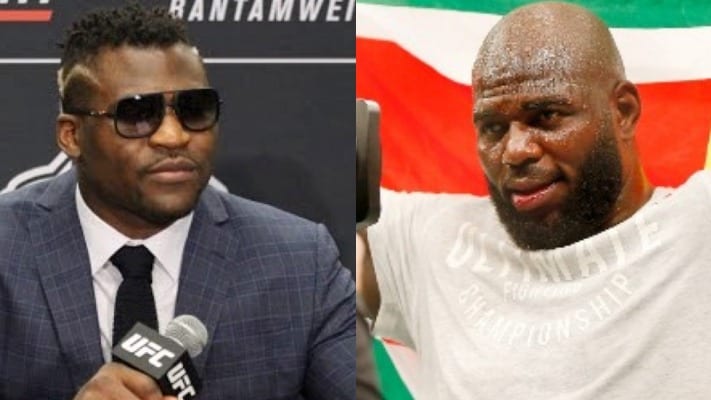 Rozenstruik got the biggest win of his career with a late fifth-round knockout of Alistair Overeem in the main event of UFC DC on Saturday night. It was all the more impressive considering he was going to lose on the judges’ scorecards with just four seconds remaining in the fight.

“I want to be back March or April…and I really want to fight this big, scary guy Francis Ngannou,” Rozenstruik said in his post-fight interview.

Not many people call out “The Predator” who responded on social media soon after:

“I heard you babayga. You made yourself very clear tonight. Congrats on your come back by the way. #uncrowndedchamp #UFCDC”

Could we see this next? It’s certainly possible especially as Ngannou waits for the Stipe Miocic vs. Daniel Cormier trilogy fight to get over. Ngannou was expected to face Alexander Volkov next with the pair going back-and-forth on social media.

But if they can’t agree to a bout, maybe Ngannou vs. Rozenstruik should be next on the agenda.

What do you think of a possible Ngannou vs. Rozenstruik matchup? Who wins that contest?