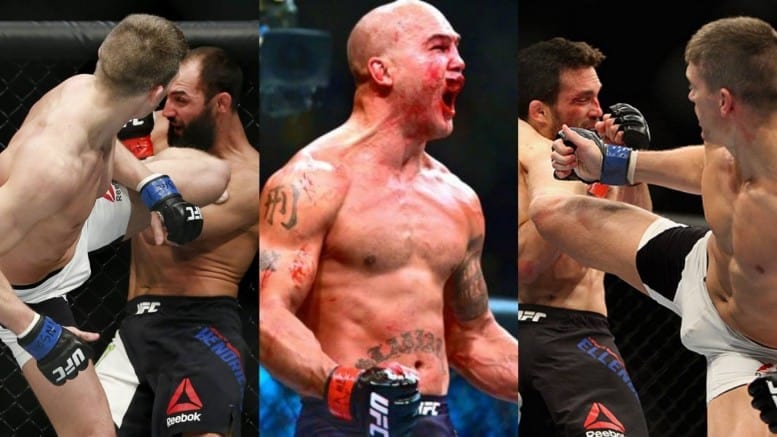 Each year the UFC stumbles upon yet another potential breakout star.

Fighters like Conor McGregor and Ronda Rousey have filled the void in year’s past, but it now seems as if Stephen “Wonderboy” Thompson is on track to join them in 2016. Fresh off a first-round knockout of former UFC welterweight champion Johny “Bigg Rigg” Hendricks at UFC Fight Night 82, the 32-year-old karate expert is on the doorstep of a divisional title shot.

But despite his recent success on paper, there’s something special about Thompson that eludes many other fighters gracing the UFC elite. He is far from ordinary, and a talent that is more than capable of beating welterweight standouts like champion Robbie Lawler, Carlos Condit, and Rory MacDonald without breaking a sweat.

In association with the kickboxer’s untapped potential and gargantuan push towards UFC gold, here are four reasons why “Wonderboy” will be the next big star in the sport. 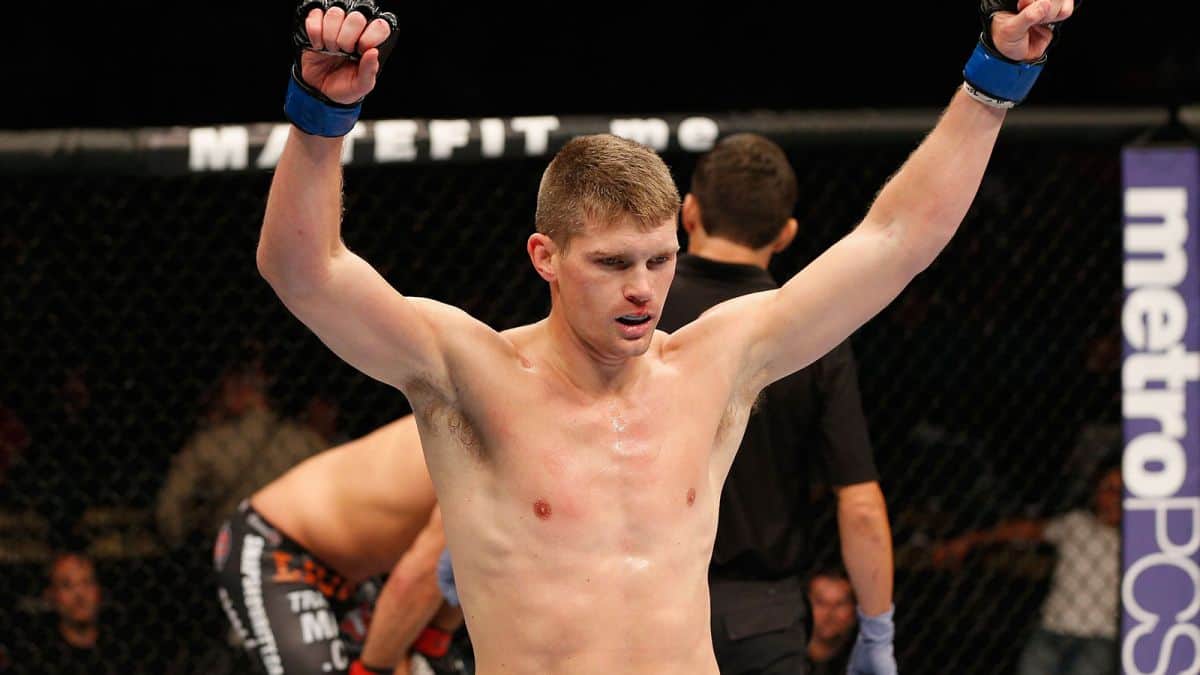 Everybody loves a rapid rise to fame. Not only in mixed martial arts (MMA), but life itself.

In regards to Stephen Thompson, his current state of dominance in the UFC’s welterweight division has come to fruition in just two years, dating back to his fight with Robert Whittaker at UFC 170. Including that first-round finish, “Wonderboy” has gone on to defeat veterans Patrick Cote, Jake Ellenberger, and Johny Hendricks in succession.

As a former kickboxing champion who is just six years into his pro MMA career, Thompson is seemingly putting it all together at the perfect time; similar to what Holly Holm has done en route to winning the UFC women’s bantamweight champion.

What makes Thompson’s rise to prominence even more capturing is the fact that he fights better every time we see him. Whether it’s added technique in his wrestling game or the ability to ward of explosive power punchers, the budding title contender competes above the competition.

That’s something of a rarity in today’s sport, and a catalyst used to further expand Thompson’s exploding UFC stock. 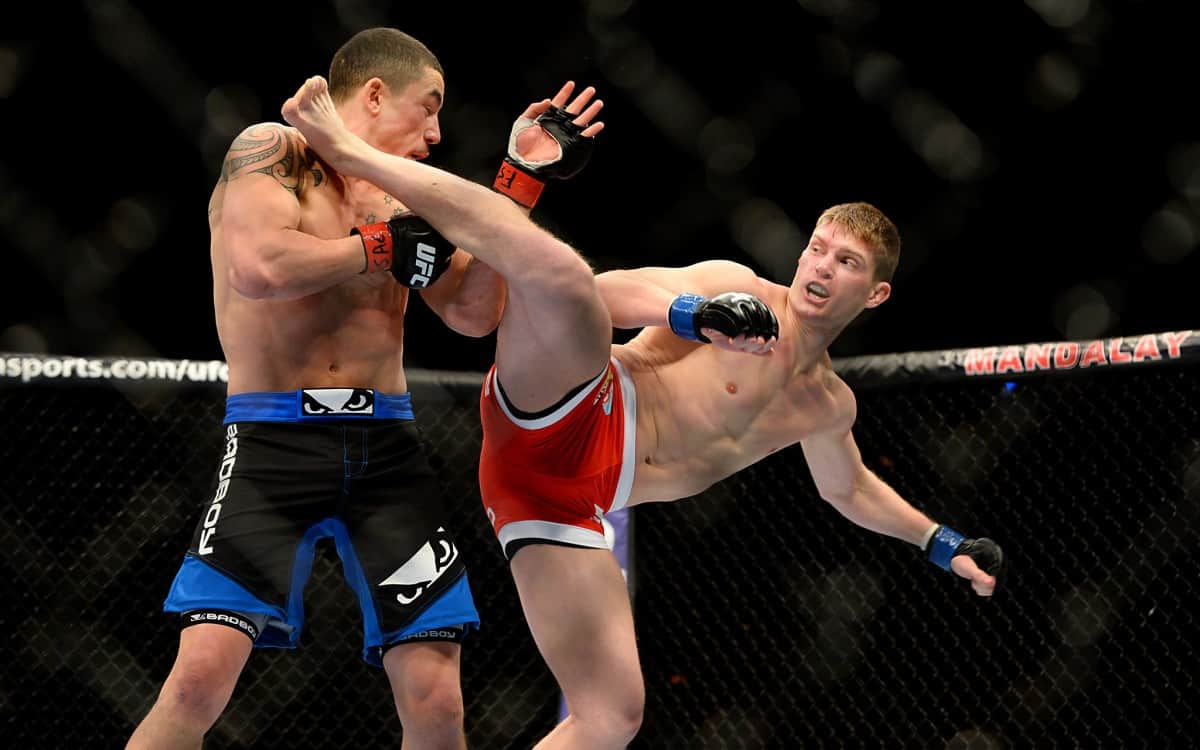 The striking techniques that Stephen Thompson calls his daily routine is truly a mystery to the rest of us.

Having seen Lyoto “The Dragon” Machida utilize his karate background during his days as a light heavyweight phenom, some people may have convinced themselves that they were ready for whatever “Wonderboy” had to offer. But at the end of the day, even in comparison to Machida, those self-assured pundits were surprised at how well Thompson picked apart Johny Hendricks.

In a nutshell, the crafty striker implores a world of technique, precision, timing, distance, speed, and calculated power to confuse some of the most confident standup fighters in the division. His ability to utilize his lead leg to ward off takedowns or launch crushing body blows has become a staple to his game, which in turn leaves opponents lunging into attacks.

Besides the actual strikes that Thompson throws, it is his constant movement, defensive mind frame, and intelligent distancing that allows him to set up advantageous angles. His footwork not only makes it difficult for fighters to find consistent offense, but it allows “Wonderboy” to land effective counter strikes while moving backwards.

It’s scary to think that Thompson probably hasn’t even showcased a quarter of what he has in his arsenal, but fight fans are head-over-heels for what they’ve already seen. 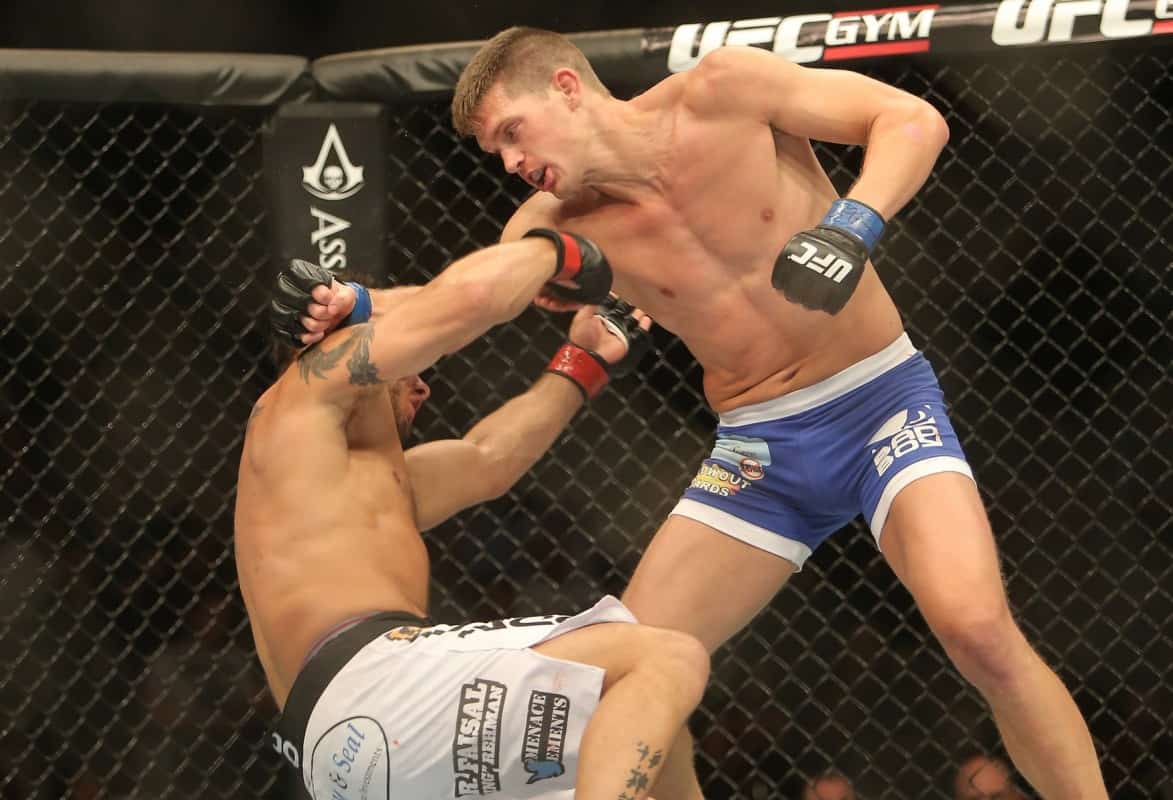 Regardless of how slick and spectacular a fighter looks inside of the Octagon, majority of fight fans these days aren’t impressed unless they finish.

Luckily for Stephen Thompson, he’s one of the best pure finishers in the entire sport. Having already recorded 40-plus knockouts as an undefeated professional and amateur kickboxer, his past success has effortlessly carried over to the cage. Through just seven UFC victories, the welterweight has recorded five knockouts, including a spinning hook kick to the head of Jake Ellenberger and becoming the first fighter ever to finish Johny Hendricks.

While Thompson has stated that he doesn’t necessarily enter a contest aiming for a finish, his leather and legs have found a home nonetheless. And even though “Wonderboy” avoids predicting his mastery, he’s always ready to sniff out blood and put an opponent to sleep.

If Thompson does in fact find himself opposite Robbie Lawler later this year and secures a finish over the champ, he’d have to be considered the best knockout specialist in the sport today. 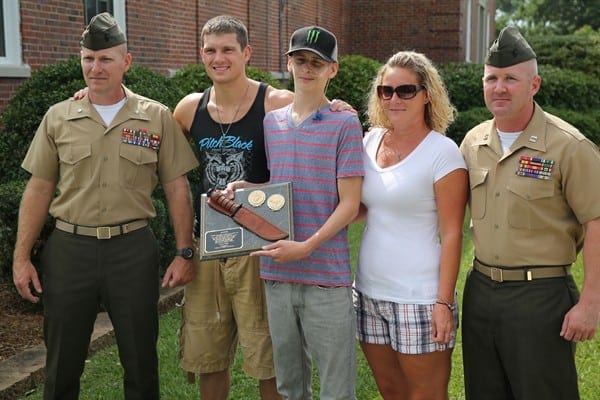 So when a fighter as collected, well-behaved, and professional as Stephen Thompson is comes along, it’s a well-needed breath of fresh air. Especially for those who are no longer interested in hearing Conor McGregor belittle fellow UFC champions or Ronda Rousey‘s Super Bowl commercials.

As a confident, animated, and charming athlete hailing from South Carolina, Thompson adds a little bit of the nice-guy demeanor to a sport determined to create temporary enemies, hateful banter, and unmitigated nonsense.

Fortunately for those of us who enjoy the occasional break from crazy, “Wonderboy” avoids the usual chaos at all turns. While he’s confident in his extraordinary skills and remains outspoken about what he thinks he deserves amidst his ongoing success, Thompson is as a professional as they come. He never goes out of his way to create drama, he never underestimates an opponent’s strengths, and he understands that he needs to continue to get better in order to be the best.

While his overall persona may not match that of a typical superstar in today’s sport, Thompson’s humble outlook, All-American upbringing, and calm approach to the fight game is something every fan can appreciate.