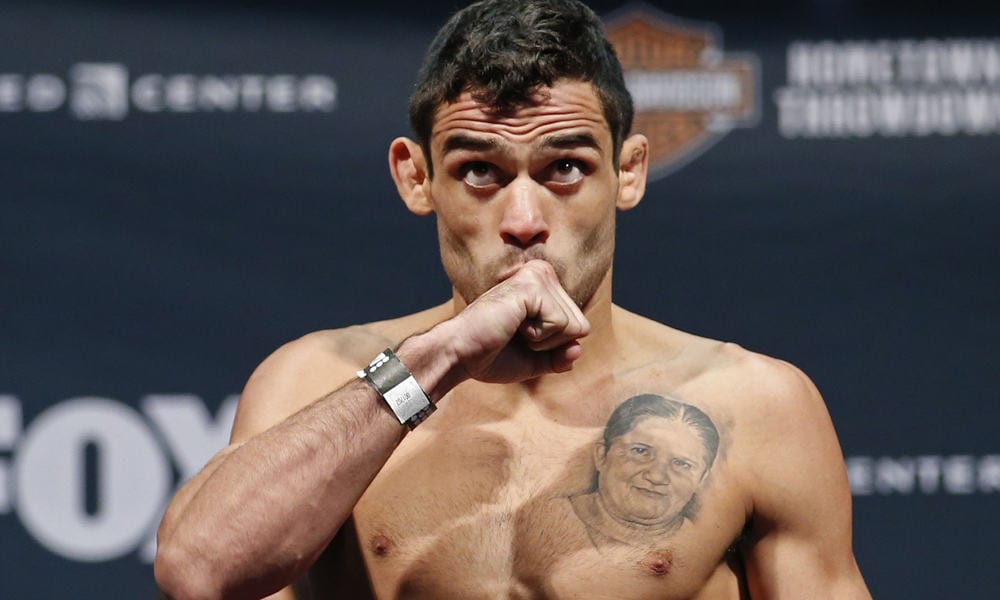 In news that went under the radar, Renan Barao has signed with Serbian Battle Championship.

The news was announced by the promotion a week ago with Barao signing a multi-fight deal following his release from the UFC:

“We have a little special guest and an incredible and rare honor to host former UFC World Champion, MMA sports legend Renan Barao! @renanbaraoufc ‌Renan is a former UFC bantamweight champion who has held one of the longest winning streaks in MMA sports history – 32 consecutive wins! While being the UFC World Champion he was ranked in the top three pound-for-pound fighters and was considered one of the best MMA fighters on the planet! Renan has signed a contract for multiple fights for appearances at Serbian Battle Championship Revenge events!”

Barao was the former interim and undisputed UFC bantamweight champion as he embarked on a 32-fight win streak following his debut loss back in 2005. However, he would lose his title in a TKO defeat to TJ Dillashaw at UFC 173 back in May 2014.

The Brazilian bounced back with a submission win over Mitch Gagnon but would get outclassed by Dillashaw in the rematch losing via TKO once again.

He has never been the same since as he only won once in his following seven fights and has lost his last five in a row.

The 33-year-old will now be looking for a change in fortunes at Serbian Battle Championship. Mixed martial arts fans will recognize other former UFC fighters from Brazil at the promotion such as Junior Albini and Fabio Maldonado.

What do you make of the move?