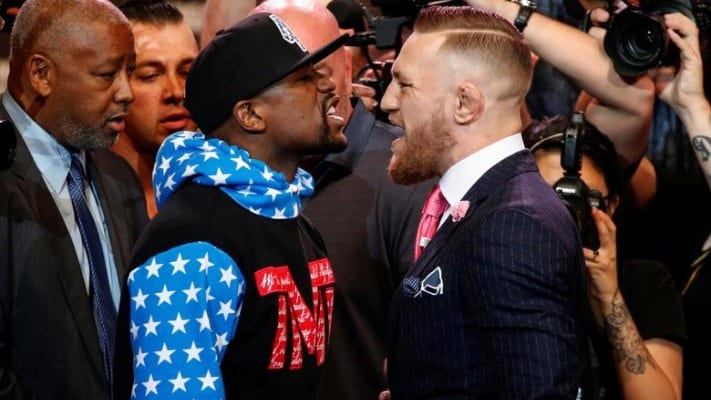 Boxing legend Floyd Mayweather has taken some parting shots at former dual weight UFC champion and one-time boxer Conor McGregor who announced his retirement this past weekend. The 31-year-old took to social media immediately after UFC 250 concluded to announce he was walking away from the sport for the third time in four years, he wrote.

“Hey guys I’ve decided to retire from fighting. Thank you all for the amazing memories! What a ride it’s been! Here is a picture of myself and my mother in Las Vegas post one of my World title wins! Pick the home of your dreams Mags I love you! Whatever you desire it’s yours.”

‘Notorious’ seems serious about retirement this time and explained to ESPN that a lack of exciting fights available to him has left him unmotivated to continue competing. However, it now appears the most interesting fight has re-emerged after Mayweather heard of his former foes retirement.

‘Money’ responded to McGregor’s social media post that shows a retirement cake from his children. The undefeated, 50-0 boxer commented to call out McGregor for quitting and say he will be waiting for a highly anticipated rematch whenever he decides to return to fighting.

“If I’m not mistaken, didn’t you tell Mike Tyson you could beat me if we fought a second time? Now you’re quitting! I thought you wanted to beat the best? Well, if you decide to come back, I will be waiting to punish you again,” Mayweather wrote.

McGregor hasn’t fought since wiping out Donald ‘Cowboy’ Cerrone at UFC 246 earlier this year. The Irishman had hoped to fight three times in 2020 but the ongoing pandemic and a lack of viable options have left him in limbo. A return to boxing has rarely been mentioned but McGregor has expressed his eagerness to run it back with Mayweather in the hope of beating the decorated world champion on his second attempt.

Do you want to see Floyd Mayweather rematch Conor McGregor?