LowKickMMA.com
Home Global MMA Fights To Make For The Winners Of UFC 273 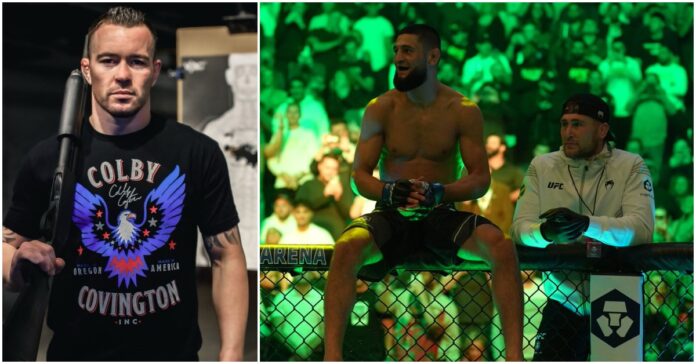 UFC 273 left fans with yet another PPV card to remember, featuring numerous exciting bouts and a heavy underdog retaining his title against the odds.

With this being said, in the following article, we will take a closer look at which fights the winners of UFC 273 should take next.

In the main event of UFC 273, featherweight champion Alexander Volkanovski took on fan-favorite Chan Sung Jung, aka ‘The Korean Zombie.’ Volkanovski looked nothing short of sensational, outclassing Jung throughout the fight, eventually forcing referee Herb Dean to call the fight off in the fourth round.

Now with his first finish over an opponent in a title defense fight, Volkanovski must look forward to his next challenge. There is one clear opponent for him to face next, Max Holloway, the only man in the UFC who has even come close to defeating ‘The Great.’ Their trilogy bout has already been canceled once, but now is the perfect time to rebook this featherweight clash of titans.

Coming in as a massive betting underdog, few gave Aljamain Sterling a chance in his bantamweight title fight rematch with Petr ‘No Mercy’ Yan. However, Sterling clinically defied the odds, using his wrestling to dominate rounds 2 and 3, arguably to the extent where he could have been handed two 10-8 rounds.

Sterling immediately called out TJ Dillashaw in the aftermath of his fight, which appears to be an extremely logical matchup for the next bantamweight title bout. However, it is also worth noting that Henry Cejudo has since announced that he is set to return to the USADA testing pool.

If you managed to cash a big ticket on Aljamain Sterling this weekend, then Energy Win’s Casino could well be the perfect place to double your profits.

The hype train of Khamzat Chimaev continues. In a fight deemed ‘the people’s main event of UFC 273,’ Chimaev faced off against former welterweight title challenger Gilbert Burns. In a bout that has many calling it the fight of the year, ‘Borz’ and ‘Durinho’ left it all in the octagon. However, Chimaev ultimately ended up with his hand raised, continuing his undefeated run.

The next fight for Chimaev is clear. A number one contender bout against Colby Covington, to decide who will face the winner of Kamaru Usman vs. Leon Edwards. Covington’s immense cardio could be the perfect foil to Chimaev’s strength and raw aggression.

BJJ specialist Mackenzie Dern was able to pick up an extremely competitive split decision victory over WMMA veteran Tecia Torres. Dern appeared incredibly close to submitting Torres on multiple occasions, but credit to the ‘Tiny Tornado’s’ toughness, as she managed to hold out until the end of the round.

Dern has multiple options ahead of her now. But the fight that makes the most sense and favors Dern more than the rest, is a bout against China’s Yan Xiaonan. Ranked at No.4, just one place ahead of Dern, Xiaonan is coming off an extremely competitive split decision loss to Marina Rodriguez. Both women need a big win to reinstate themselves as contenders in the division, making this matchup the most logical fight to make.

Mark Madsen continues his undefeated run through the lightweight division with a decision victory over 155lb veteran Vinc Pichel. Madsen had surprising success with his striking in the first round, before reverting back to his Olympic level wrestling in the third.

It may well be time to start matching Madsen up with ranked opposition now. Diego Ferreira is beginning to near the end of his career, but it still an elite athlete with incredible submission skills. A fight with the BJJ specialist would be the perfect litmus test for Madsen, to see if he is finally ready for the very best of the division.

Fights to make for the winners of UFC 273’s preliminary cards: