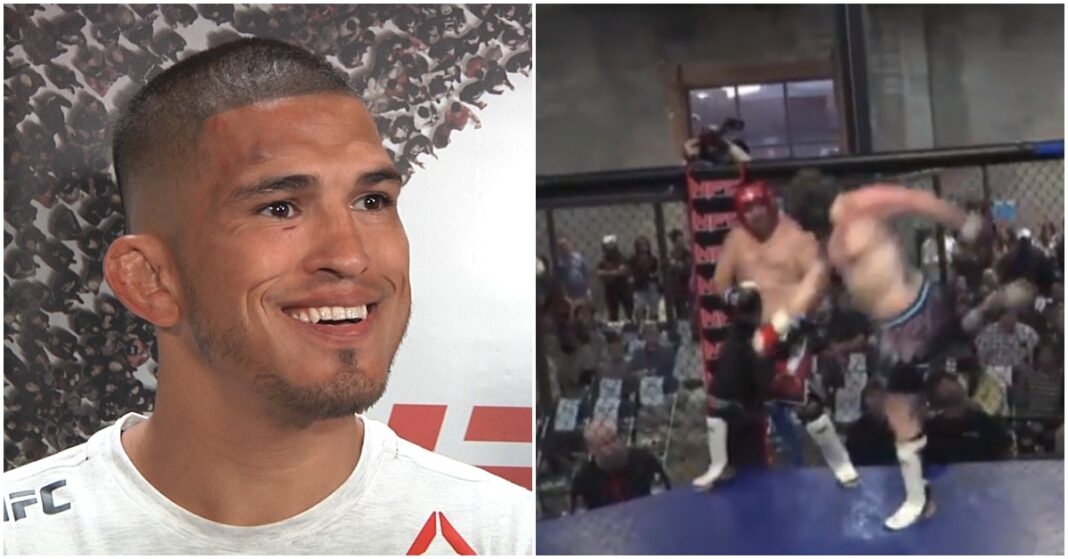 Amateur Muay Thai super heavyweight Austin Mallory had Kevin Archer on the cage at a show this week in Macon, Ga., and went for an unexpected move, he went for a Showtime Superman punch.

Anthony Pettis, the owner of arguably the most famous kicks in MMA history when he landed a stunning kick off the cage on Benson Henderson in 2010. It didn’t result in a KO but Pettis took the bout due to the kick he landed towards the end of the 5th round. Pettis had something to say about Mallory’s attempt to land the famous shot.

While Mallory whiffed big time trying to land the showtime kick, he did end up winning the fight via TKO.

Do you think we’ll ever see someone land the Anthony Pettis Showtime kick in a high-level fight again?