LowKickMMA.com
Home UFC News Felicia Spencer Believes She Can Finish Cris Cyborg In One Round At... 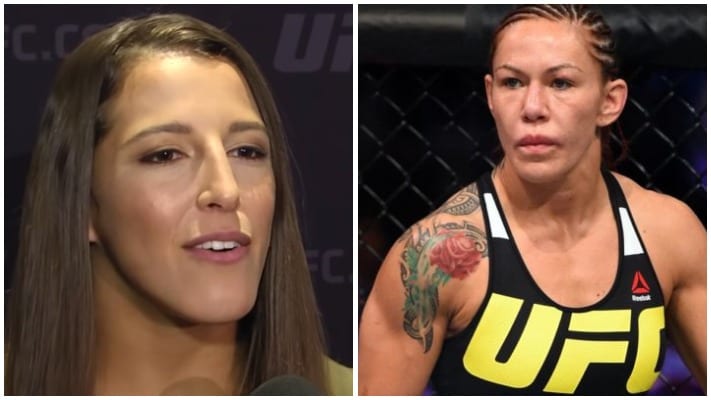 UFC featherweight Felicia Spencer doesn’t see any reason why she can’t finish former champion Cris Cyborg in the first round.

Spencer takes on Cyborg in the co-main event of UFC 240 this Saturday in Edmonton, Alberta, Canada. It’s a fight that the former Invicta FC featherweight champion may have expected a bit later on in her career. Nevertheless, she will face one of the most dominant female fighters in Cyborg in just her second promotional fight.

And the whole feeling is mind-blowing according to “FeeNom”:

“It is kind of mind-blowing,” she told BJ Penn. “I don’t know if it has hit me yet, but I’m just taking everything in stride and appreciating the moment. I know I am in a unique position but really happy I feel myself and excited to put on a performance.”

Spencer is no pushover either. For one, she’s undefeated and she’s also a natural featherweight unlike Cyborg’s past opponents. Four of her seven wins have come on the ground as well, and that’s where she plans on taking the Brazilian. A first-round finish is even possible according to Spencer:

“I think I just grind really well in my fights and capitalize on the smallest of errors and make things chaotic when I need to,” she explained. “She has fought talented fighters, but most of them aren’t true featherweights, so my size and strength match up with her. She won’t be able to manhandle me as she did to others.

“So, I see a first-round finish. The way I enter the cage is to get out as quickly as I can. But, not forcing anything or rushing anything. I don’t see why I can’t finish her in the first. If it goes all three I’m prepared to win every round and take her out. I’m prepared for everything and anything.”

Do you think we’re set for an upset this weekend?