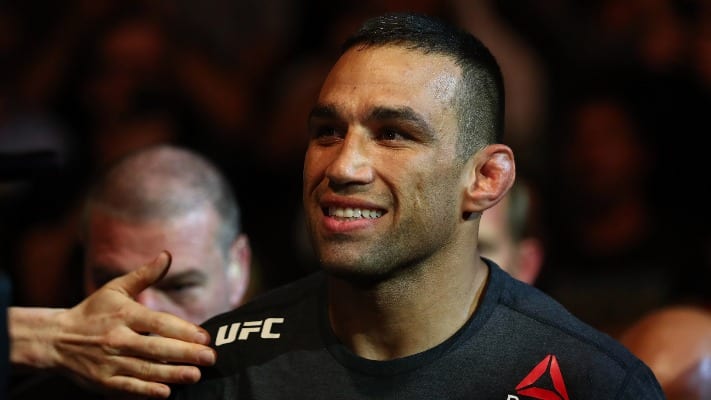 Former UFC heavyweight champion Fabricio Werdum has praised the fight promotion for the safety measures they put in place during UFC 249 fight week.

Werdum fought on the night’s preliminary card for the first time after serving a two-year drugs ban. The Brazilian submission specialist struggled against Alexei Oleynik and ultimately fell to a split decision defeat at the VyStar Veterans Memorial Arena in Jacksonville, Florida this past weekend.

In the lead up to the event, Werdum found himself in the midst of a health and safety nightmare. His compatriot and friend Ronaldo ‘Jacare’ Souza tested positive for COVID-19 and his fight against Uriah Hall was scrapped from the card after both fighters had already weighed in.

While social distancing procedures were supposed to be in place at the fighters hotel during the lead up to the event, Werdum and ‘Jacare’ were seen interacting in close proximity to one another before the middleweights positive test result. This caused concern among some media and fans that Wedrum and other fighters on the card could have become infected prior to the event.

Speaking to MMA fighting the former heavyweight king had nothing but good things to say about the UFC and how they dealt with the most unusual of fight weeks.

“The UFC was very careful,” Werdum said. “The UFC was really well prepared for this event. It’s impressive. They were checking our temperature every day, I had to do several exams. I got tested for coronavirus three times since I got there.”

Werdum also took the time out to defend his friend ‘Jacare’ for still travelling to the event despite knowing he had been exposed to the virus through a family member, he said.

“‘Jacare’ is a friend of mine for many years, I really like him. I was sad for him. I texted him and he said he was very upset too because the prejudice is hard. There’s always someone to talk crap. It pisses me off because some people have no respect.

“You think ‘Jacare’ said, ‘Oh, I wanna have the coronavirus’? No, no one wants to have it. No one wants to catch this sh*t and pass it on to their families. Nobody. But it happens. People talk crap, but thank God the UFC is assisting him and he will be alright. He won’t have the strong symptoms because he’s always well-prepared and that helps.”