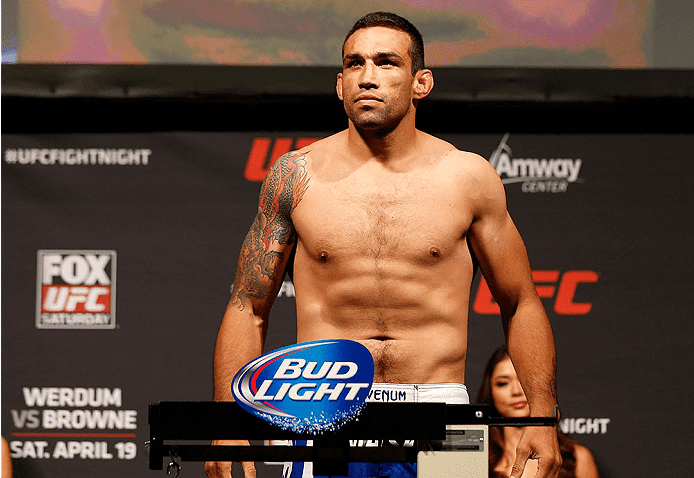 Just yesterday (May 21, 2018), it was reported that a heavyweight fight between former UFC champion Fabricio Werdum and veteran contender Alexey Oleynik would serve as the main event of UFC Moscow, which is set to take place on September 15 at the Olympic Stadium in Moscow, Russia.

Now, however, it has been announced that Werdum has been flagged by the United States Anti-Doping Agency (USADA) for a potential anti-doping violation.

The UFC released the following statement regarding the situation:

The UFC organization was notified today that the U.S. Anti-Doping Agency (USADA) has informed Fabricio Werdum of a potential Anti-Doping Policy violation stemming from an out-of-competition sample collected on April 25, 2018.

USADA, the independent administrator of the UFC Anti-Doping Policy, will handle the results management and appropriate adjudication of this case involving Werdum. Under the UFC Anti-Doping Policy, there is a full and fair legal process that is afforded to all athletes before any sanctions are imposed. Additional information will be provided at the appropriate time as the process moves forward.

It’s currently unclear what exactly the Brazilian tested positive for, but as always, he will be afforded due process.

The 41-year-old Werdum is coming off of a knockout loss to Alexander Volkov this past March in London, England. Prior to that, he had won back-to-back fights over the likes of Walt Harris and Marcin Tybura.