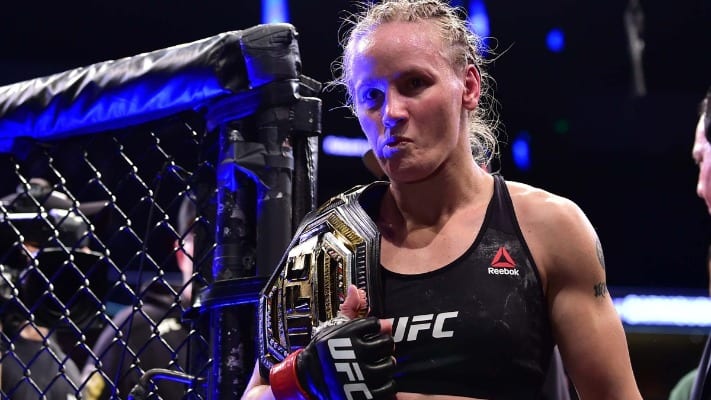 Talk of a fight between the pair has been rampant for months, especially given Shevchenko’s dominance as the women’s flyweight champion and the desire for her to face an opponent that will test her.

Zhang would certainly be her toughest test and was previously open to moving up and attempting to become a simultaneous two-weight champion.

That will have to wait for now as Zhang lost her women’s strawweight title after suffering a first-round knockout to Rose Namajunas at UFC 261 this past weekend.

While a rematch is likely to be next, should Zhang opt to move up to 125 pounds in the future, Shevchenko is willing to fight her — provided Zhang gets a win in the division first.

“If she wants to go to 125, who can stop her? Nobody can stop her,” Shevchenko told LowKickMMA’s James Lynch. “It’s her decision. It’s the same with Jessica Andrade. But she will have to have her fight to claim she’s ready for a title fight. This is how it’s supposed to be but yeah [I’m open to it].

“I assume she’s going to have a rematch with Rose so this is what is going to be the next step. And after it, it is probably going to be something they will think about.”

For now, “Bullet” is focused on her own division and is expecting to fight the winner of the upcoming UFC 263 fight between Joanne Calderwood and Lauren Murphy which takes place June 12.

You can watch the full interview below: