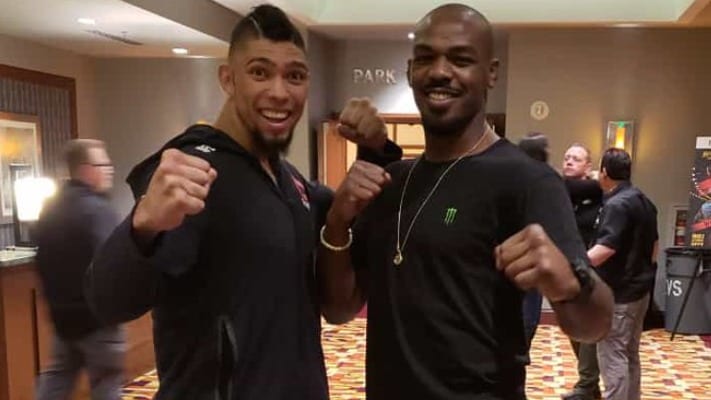 Light-heavyweight contender Johnny Walker thinks the UFC should strip Jon Jones after his latest run-in with the law.

Walker made the comments after Jones was arrested last month for negligent use of a firearm and driving while intoxicated. The 205lb great quickly made a plea deal which saw him avoid jail time despite the fact this was his third drink driving offence. He’ll instead serve four days of house arrest and undertake community service.

In a statement posted to social media, Jones apologised for his behaviour and admitted he has problems with alcohol. Speculation has been building about Jones’ future as light-heavyweight champion, with many fans believing he will once again be stripped of the title due to his out of octagon actions.

Speaking exclusively to LowKickMMA, Walker said stripping Jones would be good for the light-heavyweight division as it would give two contenders the chance to become a champion.

“If they take the title from him. Another two challengers should go for the belt and it would be good for the light-heavyweight division. Whoever gets the belt can fight against Jones next it’s going to be good.”

The Brazilian knockout artist says he doesn’t want to judge Jones but feels if he really wants to be UFC light-heavyweight champion he needs to stop getting in trouble and focus on defending his title.

“I’m no god to judge nobody but I think it’s a good idea to do that (strip Jon Jones) because it’s going to give other fighters the chance to get the belt and to help their life and be somebody, to be a champion. If Jon Jones wants to keep his belt, he can just stop doing sh*t and he can defend the belt properly.”

Do you agree with Johnny Walker? Should the UFC strip light-heavyweight champion Jon Jones?