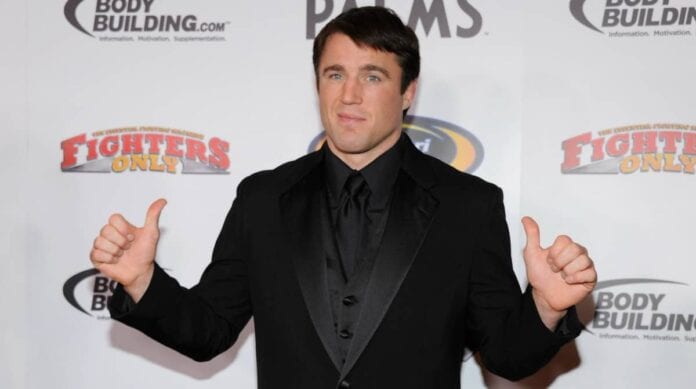 Former UFC title challenger Chael Sonnen was massively disgraced when he failed two drug tests for a myriad of performance-enhancing drugs (PEDs) heading into his proposed bout with Wanderlei Silva at UFC 175, resulting in him retiring from MMA and being fired from his position as a UFC on FOX analyst.

But if you thought that was going to keep “The American Gangster” out of the limelight for tool long, well, you would have been just plain wrong. Today (November 11, 2014) a report from the Associated Press has confirmed that Sonnen has been hired by sports media giant ESPN to analyze MMA.

Sonnen expressed his love for the fight game and his enthusiasm at the new position:

“I love to break down fights. I love to watch them. The fact that ESPN will allow me to do that on the air in a fancy suit and call it a job, it’s what I would be doing at home anyway.”

As for his recent mistakes, Sonnen admits that he put himself in hot water. But he said he wouldn’t dance around the topic of PEDs when covering MMA for ESPN, believing it to be part of the sport:

“I had stubbed my toe pretty bad. I knew it, and I was willing just to take my medicine and go away. But when the phone call (from ESPN) came in, I was very quick to answer.

I wouldn’t shy away from a topic, even if it’s one that brought me shame. There are topics like that, and there are opponents I’m going to have to cover that have also embarrassed themselves, but that’s part of the sport, man. I cherish those moments.”

Sonnen will make a hasty debut at this Saturday’s (November 15, 2014) UFC 180 pay-per-view (PPV) event from Mexico City, Mexico, and will appear on the network’s flagship show “Sportscenter,” among other shows.

This won’t be his first foray with ESPN, however, as he first showed up on the network back in 2010 when he was heavily involved in his legendary feud with then-middleweight champion Anderson Silva.

ESSPN senior coordinating producer Glenn Jacobs addressed Sonnen’s recent issues, focusing on the network’s willingness to look past them in order to utilize his unique insight into the sport of MMA:

“We know Chael has made some mistakes in the past. He’s been honest. He’s been up-front about it. He has paid for the mistakes that he has made, and he’s moving forward. The insights that he has on the sport and the ways he sees it, our fans are going to be so much better from watching him on the air. They’re going to be able to watch the fight and look for totally different things than they would have otherwise.”

So Sonnen is back in a prominent role in MMA barely four months after he was driven out of town as a fighter. At the end of the day, Sonnen made it clear that he supposedly wants MMA to be clean:

He didn’t “change” with the new rules that were put in place when the controversial testosterone-replacement therapy (TRT) was banned from MMA competition back in February, yet he was found with human growth hormone (HGH) in his system.

Regardless, “Uncle Chael” is back in the MMA limelight with a quickness, and it’s not really all that much of a surprise. Did ESPN make the right move by signing him?