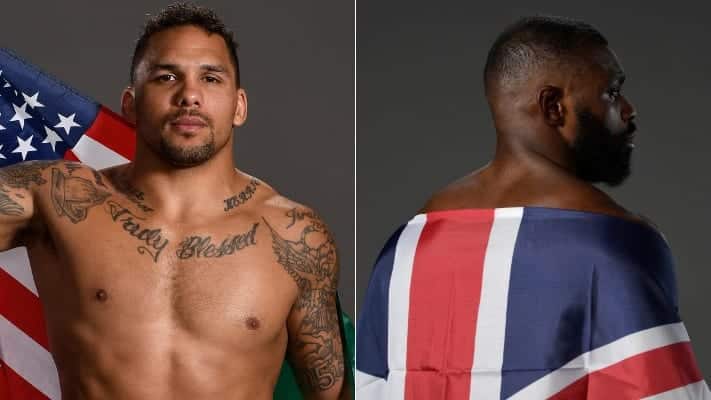 UFC Middleweight Eryk Anders has had somewhat of a mixed bag of result during his 10 fight UFC tenure.

The 33-year-old has victories over the likes of Markus Perez and Gerald Meerschaert, during which he has have shown glimpses of his true potential. However, losses to top prospects such as Thiago Santos and Krzystof Jotko have stopped him from breaking into the top 15.

Anders has an upcoming fight against Darren ‘The Dentist’ Stewart which presents another opportunity for ‘Ya Boi’ to begin another run at the middleweight rankings.

In a recent interview with LowKickMMA, Anders detailed how he sees the matchup with Stewart going.

“He’s got a lotta strengths you know. Strong, powerful, fast,” Anders said. “Has all the physical attributes. Hits hard. Really good boxer, kickboxer. It’s gonna be a good scrap I think. His strengths and my strengths are the same. I think we go out there and see whose strengths is stronger.”

When asked how he saw the fight itself going, Anders remarked that “I think in every fight there’s a mental game going on, as well as the physical stuff you see. But yeah, I think we’ll meet in the middle, trade, be more of a technical brawl if you will.”

Stewart and Anders will face off on the undercard of UFC Fight Night: Khamzat Chimaev vs Leon Edwards, on March 13th.

Despite Chimaev being only three fights into his UFC career, Anders bares him no ill will. “I mean this sport is very much about what have you done for me lately, and lately I’ve lost. And ya know, he’s won. He’s the guy right now. It is what it is. There’s the business aspect to it. (If) I put 2 (or) 3 wins together, it’ll be me.”

Who do you think will win on March 13? Eryk Anders or Darren Stewart?