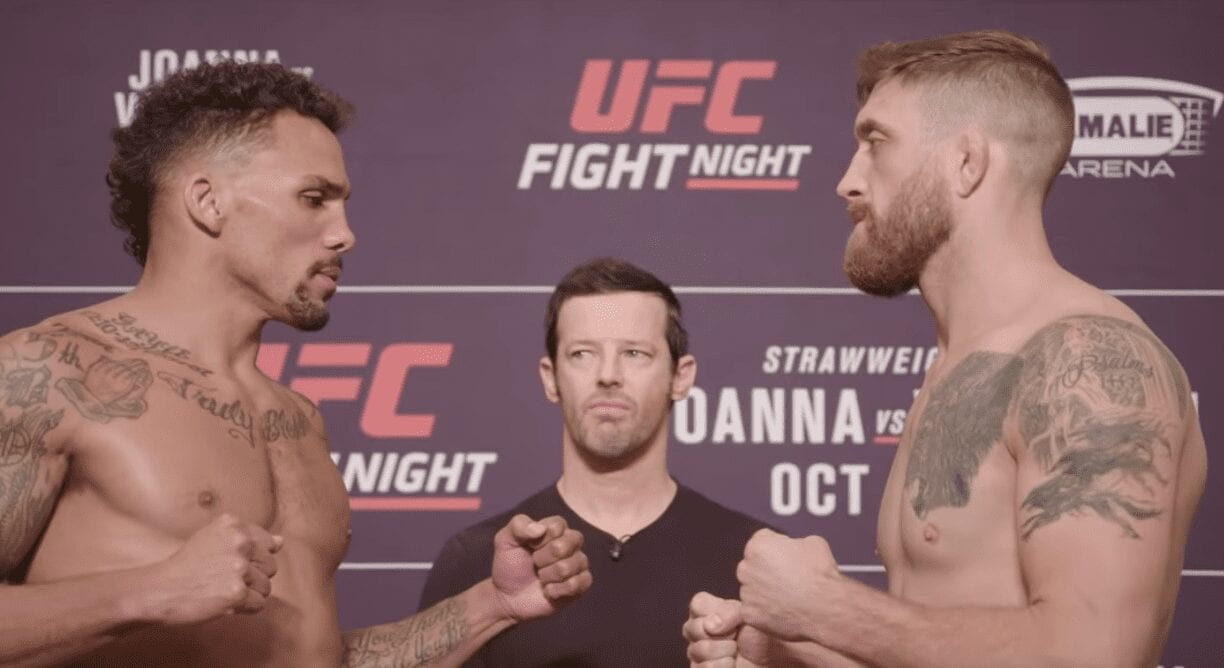 Opening up the UFC Tampa main card is a middleweight bout between Eryk Anders and Gerald Meerschaert.

Round 1: It’s a feeling out process as we begin the main card. Both fighters are finding their range but are yet to land anything significant in the first two minutes. After an exchange, Meerschaert goes to the ground but Anders wants to keep it standing. Anders catches Meerschaert in the final few seconds before chasing him but the round comes to an end. Overall, lots of misses as not a lot happened in the first round but Anders was the one advancing more.

Round 2: Meerschaert goes to the ground again but Anders waits for him to get up. The two go back to finding their range and attempting to land strikes. Anders attempts a head kick but eerschaert ducks. So far, this has been a slow fight with no takedown attempts from Meerschaert. However, he is avoiding plenty of Ander’s strikes while countering with a few. At this point, he has also landed more significant strikes.

Round 3: The third round continues with a standup battle as there seems to be more urgency from Anders this round. Anders is landing more but still hasn’t truly hurt Meerschaert. Meerschaert wobbles Anders with just over 30 seconds left but “Ya Boi” seems to have recovered quick. A close fight which could go either way.