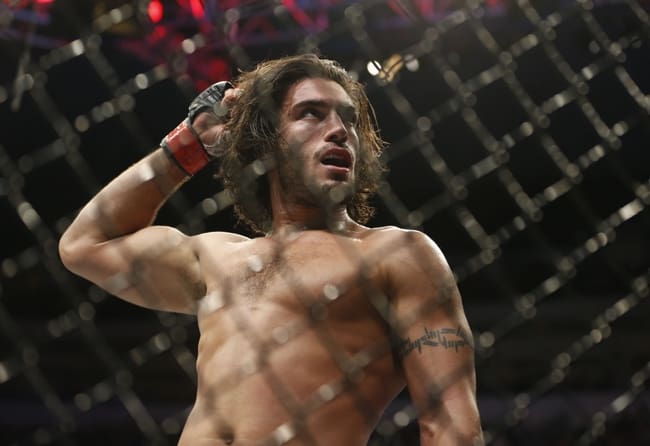 Elias Theodorou plans to give a lesson to Derek Brunson, who is his next opponent inside of the Octagon.

Theodorou is slated to meet Brunson in a middleweight bout at the upcoming UFC Ottawa (also known as UFC on ESPN+9) event. During a recent interview, Theodorou made it known that he thinks it’s a matchup that favors his approach inside of the cage.

“In many ways, I think our styles couldn’t be more opposite,” Theodorou told reporters (h/t MMA Junkie). “He’s someone who’s aggressive right off the bat, where I’m more cerebral and look to find ways to win. He lives by the sword and dies by the sword, and it’s probably going to be a tough first 10, five minutes. But, from then, I’m going to show him the difference between chess and checkers.”

This is an important fight for the rising contender as a win over Brunson this weekend in his home country of Canada would allow him to jump up in the rankings in the middleweight division.

Theodorou still feels like his opponent is a predictable one and this is something that he can pick apart.

“I think if you look at one Derek Brunson fight, you’ve seen them all,” Theodorou said. ”He, in a previous life, was a sprinter, in high school and college, and I think that obviously translates. But I’m going to show him the difference between a sprint and a marathon.”