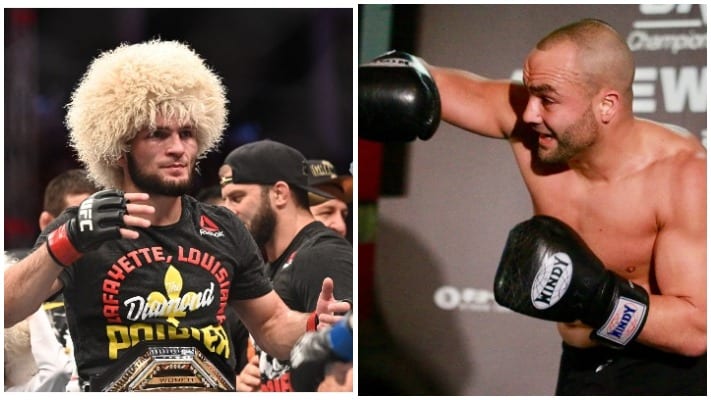 Former UFC lightweight champion Eddie Alvarez believes it will take a certain style for somebody to inflict defeat on Khabib Nurmagomedov.

“”The Eagle” recently defended his lightweight title with a dominant win over Dustin Poirier at UFC 242 this past weekend. It sparked further debates as to who could actually beat him.

Conveniently enough, Alvarez — now at ONE Championship — believes he has that style as he explained below:

“I think it’s going to take a certain style, and if you don’t have that style, there’s a certain style you have to implement to beat him, and I feel like I can implement that style the best in this division, and I don’t know who else could,” Alvarez told MMA Junkie. “When I think about the other competition and the top 10 in the UFC, and the other guys around, I don’t know if they’re able to implement the type of fight that you have to do to beat Khabib.

“The most I can say is I’ve done it before. If you watch the second Michael Chandler fight, and you watch a fight like that where you have a guy who just throws a big punch, tries to run you to the cage, tries to rip you to the ground, and pound you out on the ground, it’s like that’s the style you have to implement on a guy like that to beat him. You can’t stand in front of him. You’ve got to be able to move laterally. You’ve got to be able to shut down his wrestling, and when you do get into wrestling exchanges, you can’t be dominated. You’ve got to have another wrestler who can match his wrestling.”

Alvarez even pointed to Nurmagomedov’s controversial fight with Gleison Tibau in 2012 where many felt the latter had won, especially having stuffed all of the former’s takedown attempts. Instead, Nurmagomedov was awarded the unanimous decision win.

“I don’t necessarily see Khabib as undefeated,” Alvarez added. “I think Gleison Tibau beat Khabib. When I watch that fight back, I feel like Gleison beat him, so there is a style out there, and there is a way to beat him, but right now he’s the champ.”

What do you think of Alvarez’s comments?