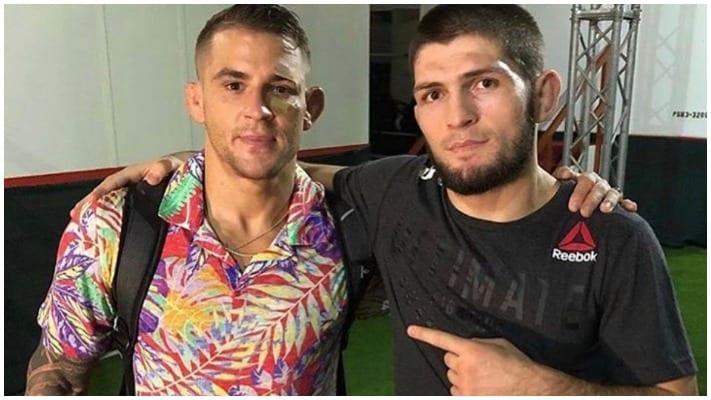 Dustin Poirier continues to take his defeat with grace.

Poirier failed in his attempt at becoming the undisputed lightweight champion when he was submitted by Khabib Nurmagomedov in the third round of their UFC 242 headliner this past weekend. “The Diamond” was notably emotional afterwards as he shed tears and apologized for letting his fans and family down.

However, he decided to look at the positive side and handle the setback with grace. In a recent post on Thursday, he thanked Nurmagomedov for teaching him another life lesson as he plans on moving forward:

“Everything happens for a reason,” Poirier wrote on Instagram. “This is my journey and it’s unique. Thank you Khabib for another tough life lesson. No excuses no regrets. Gonna take my lumps and keep it moving.“

Poirier even hinted at retirement following the contest but based on this post, seems to looking ahead to his next fight. One potential opponent is Conor McGregor whom he lost to back in 2014.

The only question is if McGregor would accept the fight as right now, he doesn’t seem open to it.

What do you think is next for Poirier?