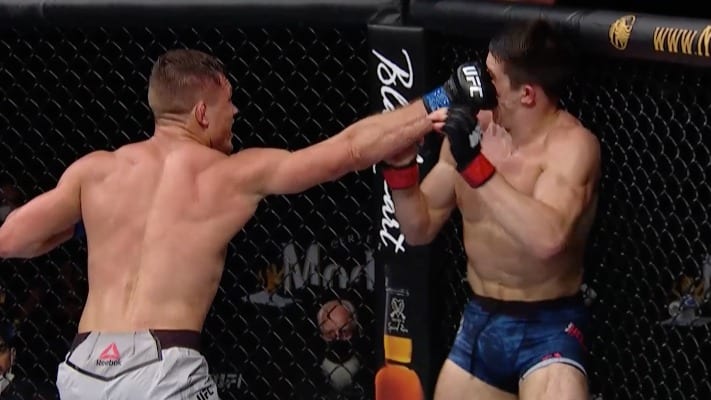 Drew Dober made a statement on the UFC Jacksonville main card on Saturday night.

Fighting his first ranked lightweight opponent in Alexander Hernandez, Dober started to dominate in the second stanza after a back-and-forth first round.

The Team Elevation fighter dropped Hernandez and the end was inevitable after that as the latter had no answer for his striking and power. Hernandez shot for takedowns but Dober got right back up and unleashed a barrage of strikes.

Eventually, referee Herb Dean had no choice but to step in and stop the bout. As a result, Dober not only earned his third straight win via knockout, but will now surely enter the top 15 of the lightweight rankings.

What did you think of Dober’s win?