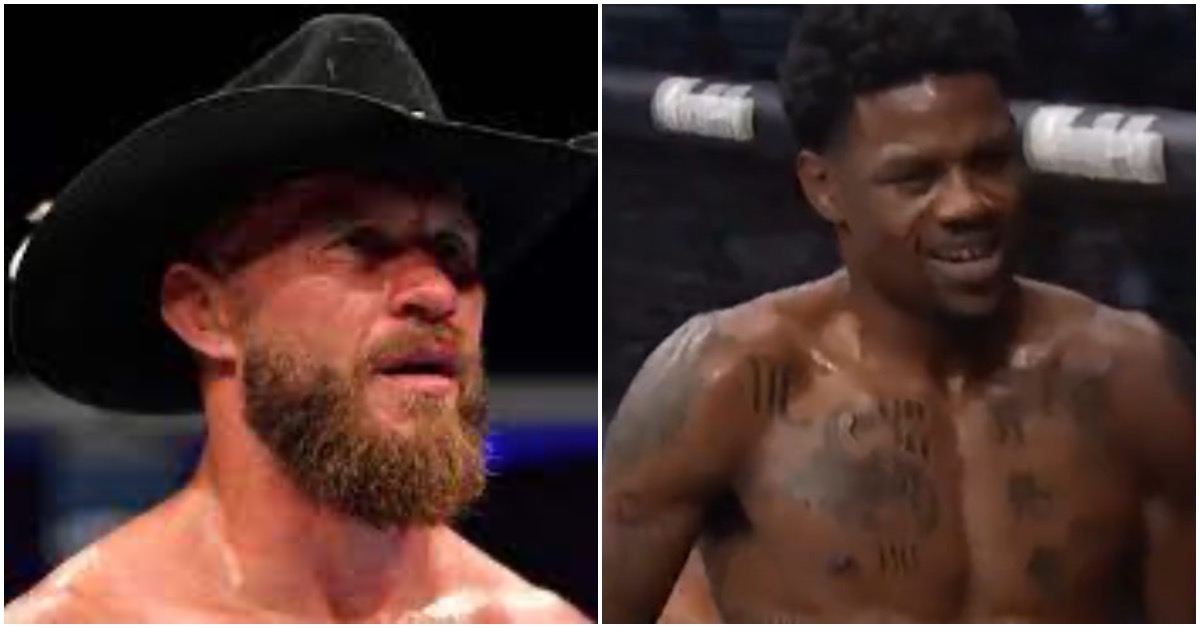 Donald Cerrone is game for a fight against Kevin Holland at welterweight, after his fight with Joe Lauzon.

Holland made his welterweight debut against Alex ‘Cowboy’ Oliveira at UFC 272, and ended up finishing the fight in the second round via TKO. Holland made the move from middleweight to welterweight after struggling against the bigger opponents.

After the win over Oliveira, Holland turned his sights to another ‘Cowboy’.

“Honestly, I don’t know exactly who I want next. I just took out one ‘Cowboy,’ I’d hate to call out another but it’s whatever the world wants, you know what I mean? I give you guys whatever you guys want. You guys want me to fight at ’85, ’70, hell I’ll cut a leg off and go to ’45 if that’s what you guys wanted. I love my people.” Holland said. (H/T BJPenn)

In the post-fight press conferences, Holland walked that callout back. it seems as if he has turned his sights to Daniel Rodriguez.

Donald Cerrone however is down to throw with Kevin Holland

Cerrone has an upcoming fight against Joe Lauzon at UFC 274. Many thought that the fight between the two would or should be the final fight in their respective careers. Cerrone hasn’t won a fight since 2019 and is 0-5 with 1 ‘no contest’ in his last six fights. Lauzon on the other hand has lost four of is last six fights, but won his most recent over Jonathan Pearce by TKO.

Holland himself was in a must win predicament last night as well. Going into the fight, he was coming off two straight losses and a ‘no contest’ before entering his new division.

Do you want to see Donald Cerrone square off against Kevin Holland? Should Cerrone’s last fight be against Joe Lauzon?