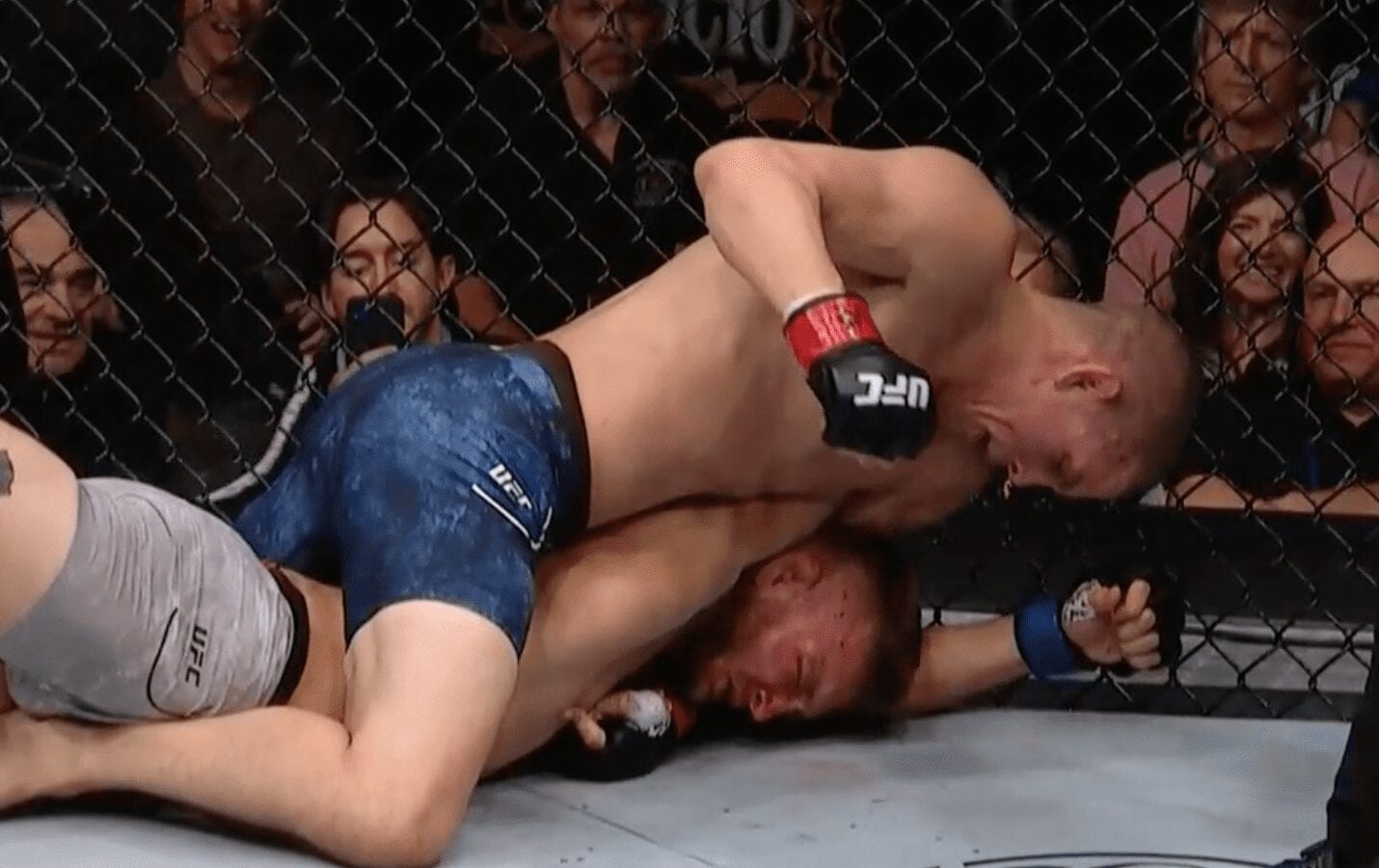 Joe Lauzon had quite a successful return to the Octagon.

After an 18-month layoff, the bonus king returned at UFC Boston in front of a hometown crowd as he comfortably defeated Jonathan Pearce via TKO in just over a minute.

After rocking Pearce early on, Lauzon tripped him and was on top. He would promptly trap Pearce’s right arm and render him defenseless as he landed repeated strikes.

In the end, the referee called an end to the fight as the Boston crowd erupted.

What did you think of Lauzon’s performance and finish?