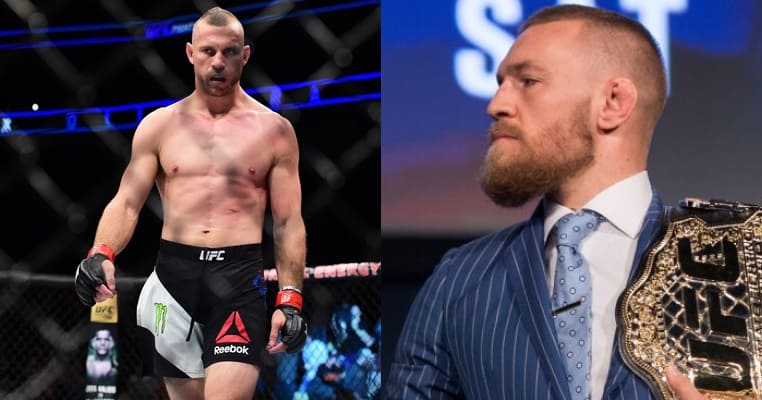 For a moment there, it appeared almost a certainty that Donald Cerrone would fight MMA superstar Conor McGregor.

In the days following ‘Cowboy’s’ impressive win over Alexander Hernandez at January’s UFC on ESPN+ 1, the bout was a hot topic in many MMA headlines. But the fight never quite materialized.

Cerrone moved forward and will now take on Al Iaquinta in the main event of this weekend’s (Sat., May 4, 2019) UFC on ESPN+ 9 from the Canadian Tire Centre in Ottawa, Ontario, Canada. Never one to sit idly by and wait for a fight, Cerrone spoke up on the topic to MMA Junkie this week. According to ‘Cowboy,’ chasing McGregor is over with:

That chase is obviously the most lucrative in the sport – if a fighter can actually get it. But the reality is it’s a fleeting one to obtain, as McGregor has only fought one time since 2016. With his Proper No. Twelve Irish Whiskey sales booming, McGregor also has no need to fight. So when the date for his proposed meeting with ‘Cowboy’ kept changing, Cerrone said he found it was time to move on:

So Cerrone did move on, and could find himself incredibly close to another 155-pound title shot should he get past ‘Ragin” Al in Ottawa. That’s no easy task according to ‘Cowboy,’ who acknowledged Iaquinta’s toughness:

Jumping back to McGregor, Cerrone said he would obviously take the fight if it presented itself once again. If not, however, he’ll be focused on the next man up: