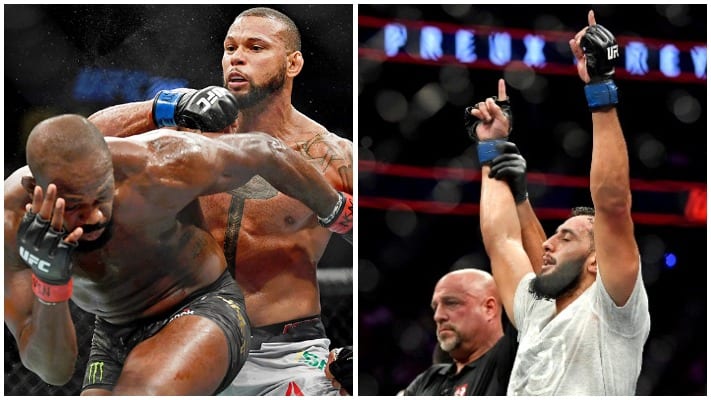 Jones defeated Santos in the main event of their UFC 239 headliner last month to retain his light heavyweight crown. It was notably a first-ever split decision win for “Bones” as one judge scored the contest in favor of Santos.

It was also all the more impressive considering the Brazilian suffered a knee injury early on in the fight but still managed to take Jones the distance. And for Reyes, he had “Marreta” winning the fight by a round:

“I actually had him [Jones] losing by a round,” Reyes said (via MMA Mania). “I was there, I was sitting cageside. A completely objective, unbiased judging with my own eyes, I saw Thiago winning the hand exchanges and kinda pushing him back.“

“The Devastator” believes Jones emerged victorious that night simply because he knows how to look impressive in front of the judges.

That said, Reyes isn’t complaining as he now plans to fulfill his destiny of taking out Jones:

Reyes will first have to get past former middleweight champion Chris Weidman who he meets in the UFC Boston headliner in October.

Do you think Reyes is capable of beating Jones?