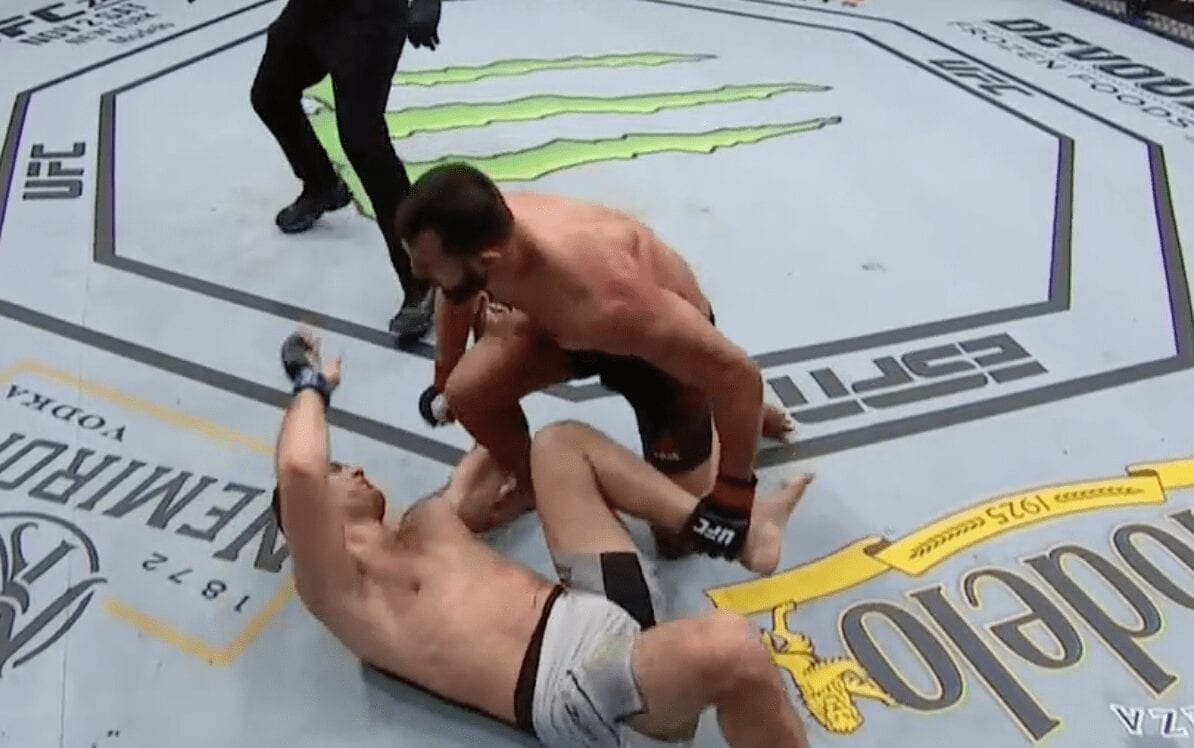 Weidman attempted to take Reyes down early on but “The Devastator” displayed great takedown defense. Just as the former middleweight champion was attempting a right straight, Reyes went out of range and countered with a strike that dropped Weidman.

Weidman was still fighting back with upkicks until Reyes threw hammerfists that were enough for referee Herb Dean to stop the fight.

What did you think of Reyes’ performance? Should he face Jon Jones next?