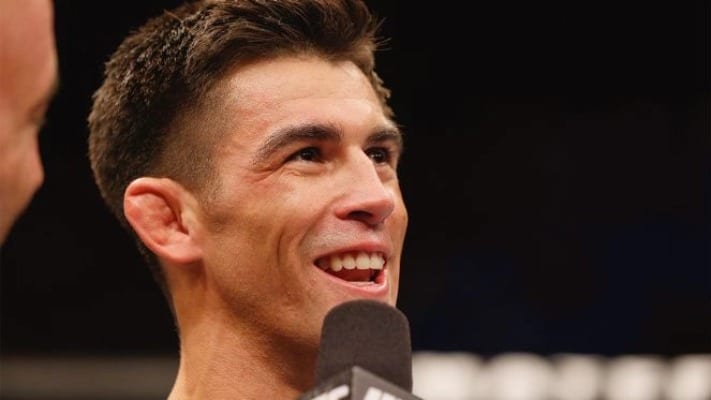 Following the controversial finish the UFC 259’s Bantamweight title fight, former champion TJ Dillashaw took aim at both fighters in the bout calling Petr Yan a cheater for throwing an illegal knee to end the fight, and dubbing Aljamain Sterling “Best Actor” for how he received then knee and ultimately the title.

At the time Sterling was asked if he could continue after absorbing the illegal strike to which he couldn’t. This caused the title to change hands due to DQ for the first time in UFC history.

As expected Dillashaw’s words weren’t taken too positively by much of the MMA community, including former Bantamweight champion Dominick Cruz who in an interview with MMA journalist James Lynch shared that he believes these words are Dillashaw exposing himself once again.

“To go ‘look now you’re also a cheater’, that’s just a mirror,” Cruz said. “That’s just him exposing himself again trying to make himself feel better for being a cheater.”

Early in 2019, Dillashaw tested positive for using the performance-enhancing drug EPO ahead of his Flyweight title bout with Henry Cejudo. Following this positive test, at the time being the Bantamweight champion he was handed a two-year suspension and stripped of his title.

Dillashaw’s suspension came up at the beginning of 2021 and he looks to be set for a number one contender fight upon his return.

Currently, it is rumored that this matchup will be against the number two Bantamweight contender Cory Sandhagen, however, nothing has been confirmed by the UFC.

Right now it appears the UFC is planning to have Yan and Sterling rematch for the title as soon as possible with the winner of Dillashaw’s next fight the next in line for a shot at the belt after.

What do you think of Dillashaw’s comments following UFC 259’s Bantamweight title fight?