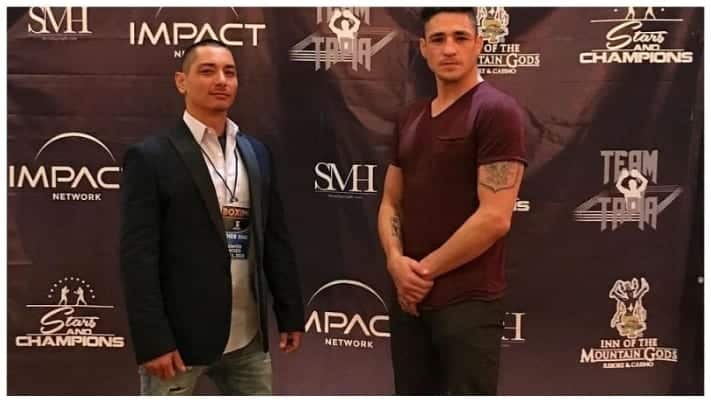 Diego Sanchez has spoken out for the first time since his former coach and manager, Joshua Fabia, made several serious accusations about the UFC fan favourite following the end of their professional relationship.

‘The Nightmare’ was accused of being a drug addict by Fabia who also suggested that Sanchez threw one of his UFC fights – a decision defeat to Michael Chiesa in July 2019.

Last night, Sanchez addressed the accusations but failed to give a response as he is intent on turning the other cheek.

“To all of my family, friends, fans and the mma community,” Sanchez wrote on social media. “Thank you all for your continued love and support through this very challenging time in my life. I appreciate all of the defense that arose for me on behalf of my career, myself and all of those who were involved. Thank you for those that have been sensitive to this situation. I apologize to all of those that were affected negatively. I will refrain from provoking this situation any longer. I refuse to fire back on accusations that in the intent were made to provoke me and those close to me. Once again, my faith has taught me to love thy neighbor and love thy enemy. I wish for peace to surface moving forward. Luke 6:27-36. I will lift Josh and Rebecca up in prayer Prayers that god helps them find their peaceful awareness. In Christ Diego Sanchez”

The 39-year-old was cut by the UFC ahead of what was supposed to be his retirement fight. A situation involving Fabia and Sanchez’s medical records brought the UFC Hall of Famer’s 16-year stint with the promotion to a slightly premature end.

Since Sanchez cut ties with Fabia, Dana White has hinted that ‘The Nightmare’ could be brought back to the UFC for one final fight.

Do you think Diego Sanchez should address the accusations levelled at his by Joshua Fabia?