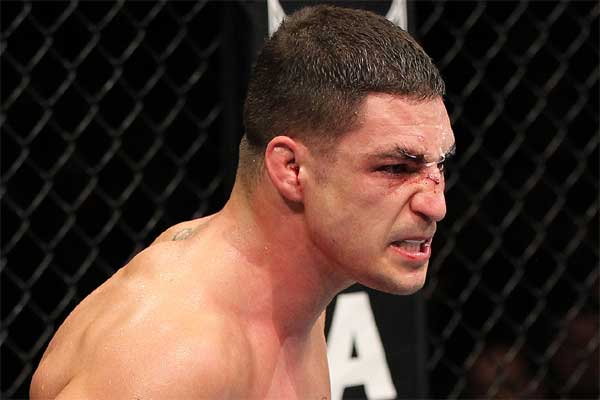 Diego Sanchez booked his next fight under the UFC banner as he is slated to make his return to the Octagon at the upcoming UFC 228 pay-per-view event.

The promotion has announced that Sanchez will take on Craig White in a welterweight bout at this show.

Sanchez, who was originally cast member of TUF, is attempting to break a two fight losing streak after suffering losses outings to Matt Brown and Al Iaquinta.

On the flip side, White made his promotional debut with the UFC back in May once he decided to accept a short notice bout with Neil Magny that saw him suffer a beating. Now, he’s looking for redemption in his second outing with the promotion.

The UFC 228 pay-per-view event is set to take place on Saturday, September 8, 2018 in Dallas, Texas at the American Airlines Center.

The main card will air on pay-per-view at 10 p.m. ET while the preliminary card will air on FOX Sports 1 at 8 p.m. ET and the promotion’s streaming service, UFC Fight Pass. The promotion will be announcing more bouts for this show in the coming weeks.

Tyron Woodley vs. Darren Till with the welterweight title on the line will serve as the main event. In the co-main event, Nicco Montano vs. Valentina Shevchenko for the women’s flyweight title will be put in that spot.