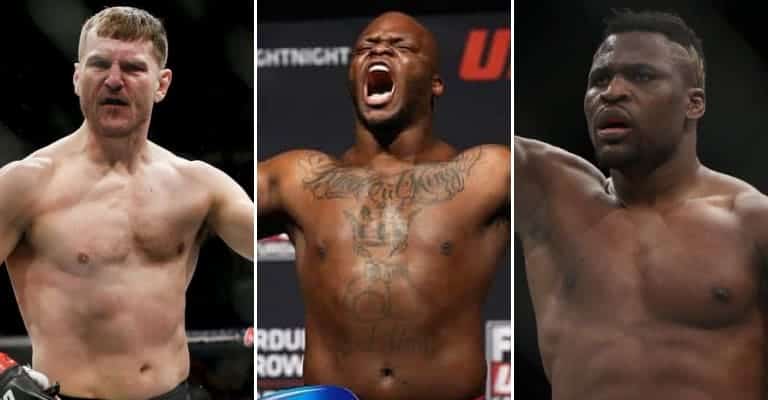 Leave it up to top contender Derrick Lewis to troll title contender Francis Ngannou following his decision loss to UFC heavyweight champion Stipe Miocic in the main event of UFC 220 on Saturday night at TD Garden in Boston, Massachusetts on pay-per-view.

If you recall, Ngannou kicked Lewis when he was down after he lost to Mark Hunt last June back at UFC Fight Night 110 and thus, Lewis had to do it him.

He took to his official Twitter account after the fight and poked fun at Ngannou’s cardio struggles in the title bout.

“Seems like someone else been bull(expletive),” Lewis said in a mock African accent in a video posted after the pay-per-view heavyweight title headliner on Saturday at TD Garden in Boston. “Yes, my brother, that is a treadmill behind me. Hmm.”

Both fighters have made their feelings known in previous interviews that they are not the biggest fans of each other. Lewis even went on record by stating that he wanted to be next if Ngannou beat Miocic at UFC 220.

On the flip side, Ngannou has stated that Lewis is “too slow” and not a good fight for his title aspirations.

This fight is going to have to wait a few months as Lewis currently is booked to face Marcin Tybura at UFC Fight Night 126, which is slated to take place next month at Frank Erwin Center in Austin, Texas.

It’s always possible that the promotion books this fight for this summer or even later this year. Time will tell if these two heavyweights ever meet inside the Octagon.