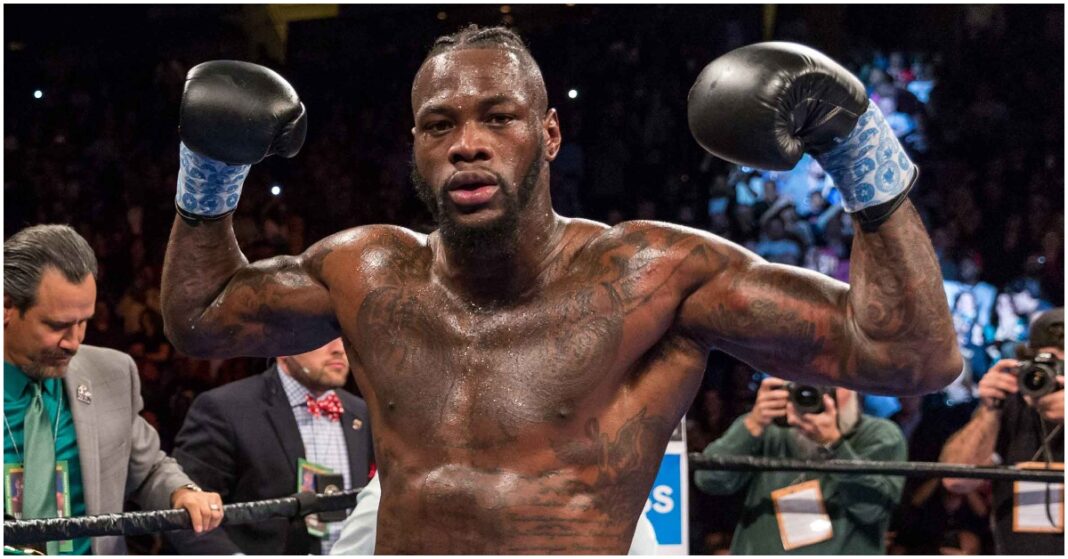 Deontay Wilder has revealed he felt his trainer Malik Scott was victorious in his recent exhibition boxing bout against Sergei Kharitonov despite the judges scoring it for the Russian fighter.

Scott traveled to Belarus to take place in his first matchup in six years. Things were going well for Scott who was able to drop Kharitonov during the bout however Kharitonov was also able to return the favour on him dropping Scott as well. Having felt like his coach had done enough Deontay Wilder was surprised to see the Russian MMA legend get his hand raised at the end of the six rounds, this is what he had to say.

Deontay Wilder On Scott Vs. Kharitonov

“Congratulations on the victory, bro,” Deontay Wilder wrote on social media. “Malik Scott, we all know what’s up [with that result], so blessing, King. Now get your crazy ass back on this side of the grass, lol. I love you, bro. BombZquad. Safe Travels. Be Careful.”

Despite feeling like his coach had been hard done by Malik Scott himself was more focused on the joy of being back in the ring rather than the outcome itself.

“When you’re always busy teaching the craft and learning the craft, it keeps you in good physical shape.

“Wins, losses, disappointments, etc. I’m grateful for every experience and lesson that comes from this noble art.”

Fans will be waiting to see from Deontay Wilder himself in the world of boxing following on from his trilogy with Tyson Fury as still nothing appears to be scheduled in for the former champion.

Who would you like to see Deontay Wilder face on his return?