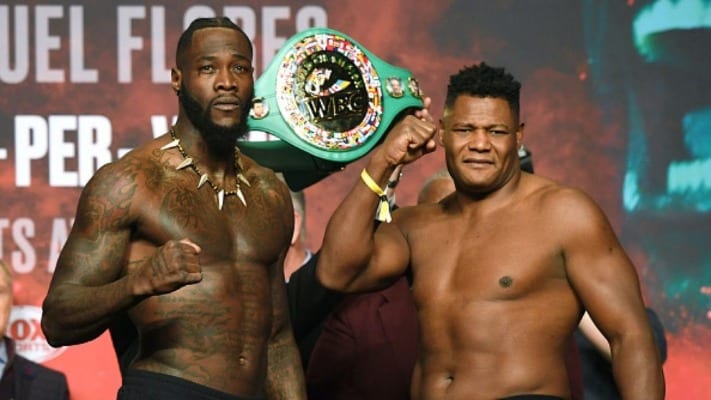 Regardless of which reports are to be believed, the rematch between Deontay Wilder and Luis Ortiz pulled in some pretty underwhelming pay-per-view (PPV) numbers.

Wilder put his WBC heavyweight title up for grabs against Ortiz late last month. It was a rematch from their initial bout, where Wilder escaped danger with a TKO win. The rematch was much more technical, and saw Wilder again leave with a finish, this time via knockout in the seventh round.

ESPN reports the PPV pulled in 225,000 buys. However, Boxing Scene reports that the event turned in 275,000 buys. Of course, the entire year for boxing has been short of big fights, with no PPV breaking the 500,000 buys number.

With his win over Ortiz, Wilder will now rematch Tyson Fury in February of 2020. Their initial fight hauled in 325,000 buys. However, now that both men are much more established stars in the U.S., and all the drama surrounding their first meeting, a rematch should blow the 325,000 buys mark out the water.

What do you make of the low PPV numbers for Wilder vs. Ortiz II?