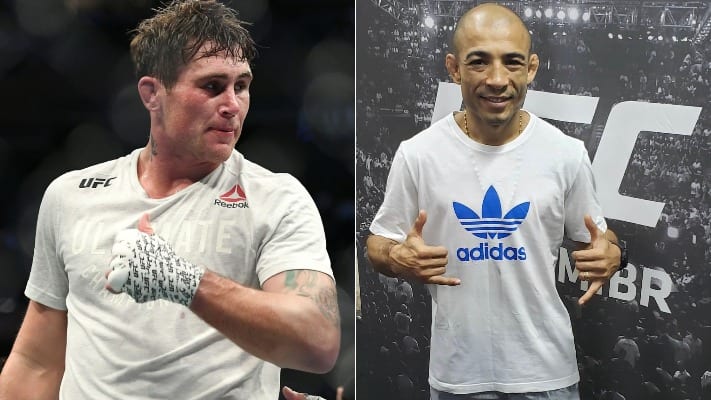 Aldo, who already had issues getting down to 145 pounds in the past, will try his hand in a smaller division, in hopes of getting a shot at a title opportunity. However, given the recent photos that have emerged of Aldo, many are skeptical that the cut down to bantamweight could be affecting his health.

Top-ranked UFC middleweight Darren Till seems to be of a similar mindset. He took to Twitter to offer his thoughts.

Aldo will take on Marlon Moraes at UFC 245 live on pay-per-view (PPV) from the T-Mobile Arena in Las Vegas, Nevada on December 14. Moraes is a former bantamweight title challenger who was on quite the finishing streak before being stopped by Henry Cejudo for the vacant title.

“Never judge a book by its cover.”

What do you make of Till’s comments on Aldo’s weight cut? Do you think Aldo will make weight?