LowKickMMA.com
Home UFC News Darren Till targeting fight with Israel Adesanya: Title or not, that’s a... 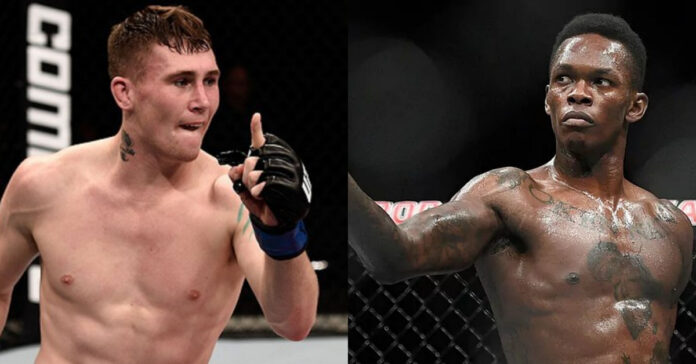 Darren Till wants to step inside the octagon opposite Israel Adesanya.

“The Gorilla” has remained on the sidelines for over a year since his last outing against Derek Brunson in Sep. 2021. Although he got paired up with Jack Hermansson for a return in July at UFC London, a string of injuries kept him out of competition and delayed his much-anticipated comeback.

Till is scheduled to face Dricus Du Plessis at UFC 282 on Dec. 10 at T-Mobile Arena in Las Vegas, Nevada. Ahead of his return, Till spoke about his goal to compete with the reigning UFC middleweight champion, Adesanya, who is set to take on Alex Pereira at UFC 281 in November.

“One of my big goals, at the end of all this, is to have fought Izzy,” Till told ESPN. “Not for the title, if he’s got the title at the time, but he’s mentioned me more than I’ve mentioned him. I think in his head it’s that striking mentality. I think he wants to find out – I mean obviously point present, yeah, he’s a better striker. He’s obviously doing and achieving better things.

“But I think me and him know between us, that’s the striking match, so I would like to get that. He beat Whittaker, but I’m the second guy after Izzy who’s really made Whittaker fight. We’ll see. That’s a nice little goal I’ve got in my head.” (ht MMA Junkie)

Till believes Adesanya respects his striking

Darren Till would not call him out based on merit but feels confident Adesanya sees the ability in his striking.

“He calls me out more than I call him out,” Till added. “I’m not calling him out. It would be a disrespect to him for me to call him out. I’m not in a position right now. But every time he does an interview with BT Sport or someone, he always mentions me, so it’s obviously something that’s in his mind and in his head. I know he respects my striking massively, and I respect his striking.”

Would you like to see Darren Till vs. Israel Adesanya?