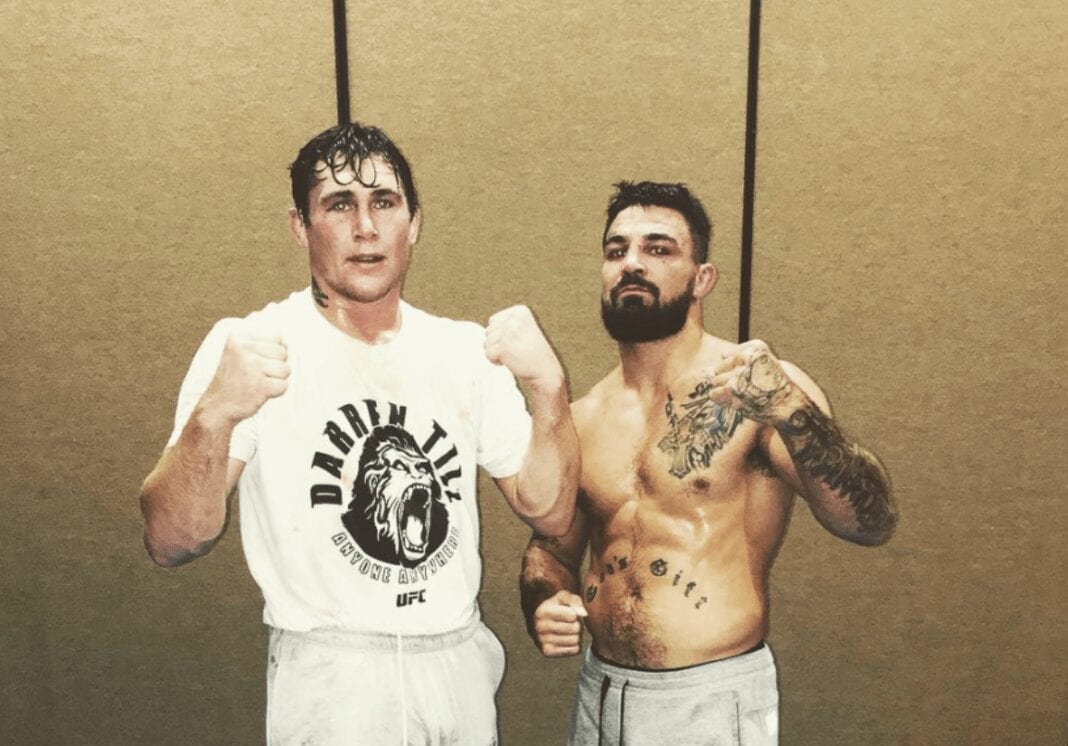 Top Middleweight contender and Liverpool native Darren Till has been having lots of fun with welterweight Mike Perry, recently elaborating on his Mike Perry website that Till created.

Till spoke with Michael Bisping on his “Believe You Me” podcast saying, “This is fighting mate, and I don’t think there is a line,” Till explained “I think kids, yeah, that’s a line you don’t cross. OK. I think I’ve seen one fighter cross that line – I think it was Colby [Covington], I think he crossed the line – but same again, for me, it doesn’t cross the line for me.”

Its not the first time a fighter has said Covington has crossed trash talk line in the past. Till continued to poke fun at Perry, creating a website making fun of the welterweight. He recently had trashed Perry and his Girlfriend a few weeks ago. He went on to explain the idea of the website was to create a little beef to keep fans interested during the lockdowns for the Pandemic.

“We were chatting, me and Mike, and I don’t know if he’s being serious,” Till said. “We were chatting in the DMs and it was good fun, let’s have a bit of beef. I don’t if I took it too far, because I said I was going to ‘raw dog’ his girl, but he took it serious, and he blocked me. I was like, ‘What the f*ck?’ He blocked me on Facebook. Mike really blocked me. So I made another account.” (Transcribed by MMA Fighting)

Since this, many close to Till have told him to stop slandering Perry due to the risk of a fight breaking out next time they cross paths. “A lot of people said, ‘Knock it in the head, Darren. He’s unstable.’ So I did, but then I created this website, and it’s f*cking hilarious. … If he sees me, he might want to have a fight. You know where I come from. You know I’m about that life.”

Is Darren Till crossing the line with Mike Perry? Will these two ever square off in the Octagon?