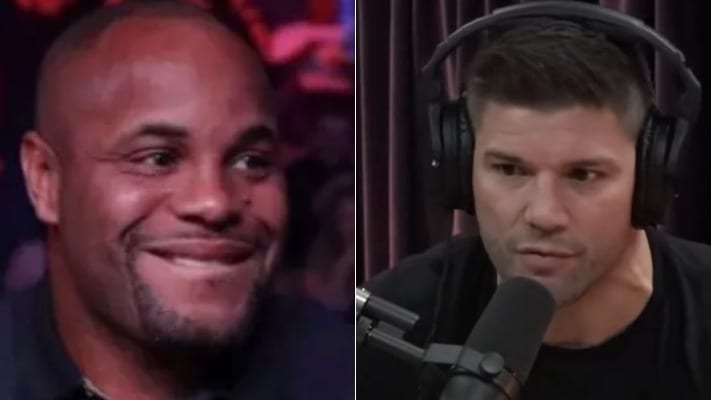 Although some fans and fighters like Daniel Cormier are happy the UFC is still running events, many feel it is irresponsible given the current coronavirus pandemic.

Sports leagues all around the world have suspended their seasons while Bellator recently postponed their 241 event which was set for this past Friday. They also paid their fighters’ full purses provided they made weight.

The UFC, on the other hand, went ahead with UFC Brasilia last night behind closed doors and doesn’t plan on delaying or canceling any of their upcoming events either.

One speculated reason why is that the UFC doesn’t want to pay the fighters their full purses if they’re not competing. And Josh Thomson revealed that a couple of UFC fighters — who were nervous about fighting — asked him if Bellator fighters were paid full purses.

“I’ve had 3 @ufc fighters reach out me asking how much @BellatorMMA paid their fighters when the fight was cancelled. I said , 100% of their purse to everyone who made weight. They all said they’re nervous to fight and wanted to know what fighters in bellator actually got paid.”

Cormier responded by defending the UFC, claiming while it was admirable that Bellator president Scott Coker paid every fighter, all those fighters still wanted to compete.

“Josh, the fighters wanna fight josh. Hats off to Coker and crew yesterday but those fighters wanted to fight. That’s what they do! I see what you’re doing Thomson.”

“You’re wrong, every fighter on that card and even the ones that weren’t on that card sent out appreciation to @ScottCoker for what he did for our athletes by paying them their full purses. Athletes need to be protected from themselves sometimes, u should know this more than most.”

It’s interesting to note that both Cormier and Thomson are also teammates at American Kickboxing Academy.

Regardless, what do you think of the UFC still running events? Should they stop?