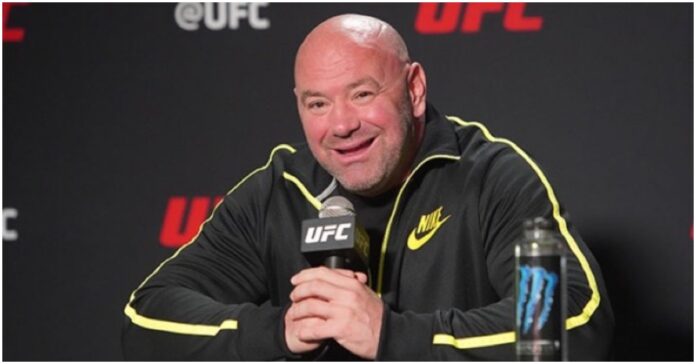 Dana White touched upon the recent booking of Charles Oliveira vs Islam Makhachev at UFC 280.

Oliveira and Makhachev will be headlining the UFC 280 card in Abu Dhabi in October of 2022 and it looks like Oliveira will still make PPV points, even though he is no longer the Lightweight champion. Oliveira was stripped of the belt ahead of his fight with Justin Gaethje at UFC 274. He missed weight by 0.5 pounds, even though he claims he made weight the night before and backstage before he went to weigh in on the traditional scale.

The question of whether or not Oliveira would receive points on the PPV was asked, and White responded swiftly.

“Yeah, I think he does. I mean, he’s the champ, but technically he’s not the champ.” White answered.

“Well, we tried to make the Dariush fight [in regards to Makhachev], but he broke his ankle. That fight just makes sense in Abu Dhabi. Everyone wanted to do it and I think everybody wants to see it, so here we are.”

Oliveira had hinted towards a contract being signed before the bout was officially announced today during the UFC: Long Island broadcast.

There was a ton of speculation leading up to this point, whether the next challenger would be Featherweight champion Alexander Volkanovski, Islam Makhachev, or even Conor McGregor. After finding out that Volkanovski needed hand surgery, it seemed as if the only true challenger left that deserved the shot was Makhachev.

Makhachev is currently on a ten fight win streak, but it is worthy to not that he hasn’t beaten anyone currently ranked inside the top ten of the Lightweight division.

Volkanovski has called the winner of the fight, when he returns from his hand surgery.