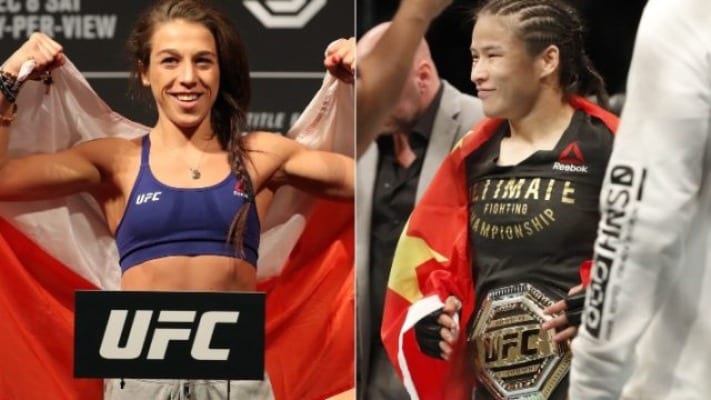 Joanna Jedrzejczyk will likely challenge UFC women’s strawweight champion Weili Zhang in her first title defense. Zhang and Jedrzejczyk have been taking shots at one another through the media as of late.

Jedrzejczyk seemed to hit a nerve in her recent interview with the South China Morning Post when she said the following.

It didn’t take long for Zhang to offer a response of her own on Instagram, noting she’s ready to fight Jedrzejczyk “now.” Now, UFC president Dana White is adding fuel to the fire, hyping the potential fight, posting the following on Instagram.

Jedrzejczyk comes off of a decision win over Michelle Waterson at UFC Tampa, where she claimed she was told, if she won, she was guaranteed a shot at the title. Now, with her victory, Jedrzejczyk appears to be on her way to being Zhang’s first challenger.

Do you think Zhang vs. Jedrzejczyk is next? Who are you picking to win that fight?