LowKickMMA.com
Home UFC News Joanna Jedrzejczyk Wants To ‘Beat The Sh*t’ Out Of Weili Zhang In... 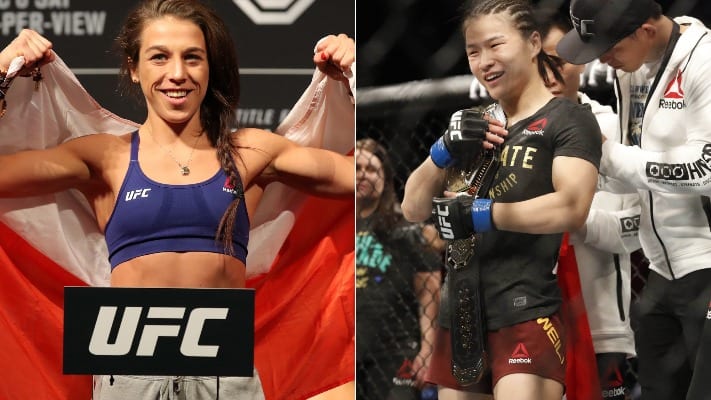 Jedrzejczyk once ruled the division herself with an iron fist, before being shockingly dethroned by Rose Namajunas. After a failed bid at the 125-pound title, Jedrzejczyk has dropped back down to strawweight.

With her win over Michelle Waterson at UFC Tampa, Jedrzejczyk has been promised a title opportunity. Speaking to the South China Morning Post, Jedrzejczyk said she’s more than willing to “beat the sh*t” out of Zhang in front of her own native Chinese crowd.

“I signed an agreement before the fight with Michelle Waterson,” Jedrzejczyk said. “I knew that after I got the victory I was going to fight for the belt. This is what’s going to happen next, and I’m just waiting for the date and the location, and then we’re going to rock it.

Zhang has previously said that she has no interest in fighting Jedrzejczyk right now. However, she might ultimately have no choice.

What do you think about a fight between Jedrzejczyk and Zhang? Who would come out on top?