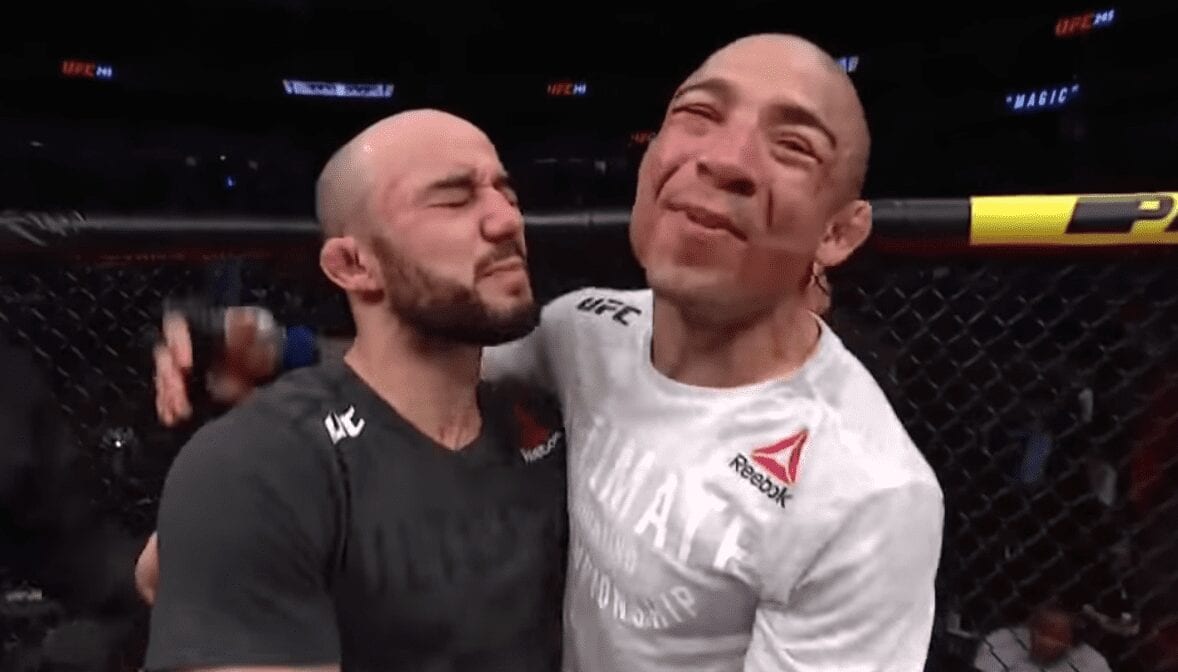 Despite suffering a loss in his bantamweight debut, Jose Aldo could get the next title shot.

Aldo faced Marlon Moraes on the main card of UFC 245 on Saturday. Despite the concerns over his health and ability to take a shot after depleting himself, Aldo performed well and felt he had done enough to win.

However, two judges saw different as Moraes was given the nod via split decision. It was a controversial call with many in the combat sports world split over who won the fight.

“”Triple C” went on text UFC president Dana White and told him of his intention to give Aldo the next title shot.

“I had Aldo winning that,” White said at the post-fight press conference. “[As for what’s next for Aldo] … Well, Henry Cejudo texted me tonight. He said ‘that’s bullshit. He didn’t lose that fight. He won that fight. And I want to treat him like he did.’

It’s certainly possible Aldo could get the next shot. After all, it is White who calls the shots.

What do you make of White’s comments?