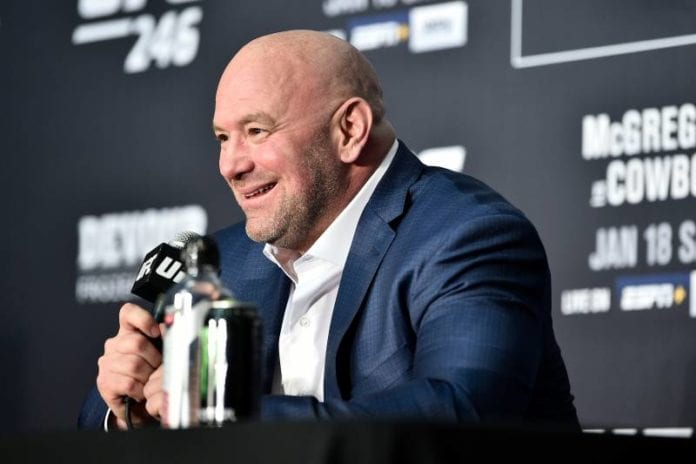 UFC president Dana White has revealed ‘Fight Island’ will be event-ready next month and will be host to the July 11 card and many more moving forward. UFC 251 is the card set to take place on July 11 and it so far has four announced bouts. Rose Namajunas vs. Jessica Andrade, Frankie Edgar vs. Pedro Munhoz, Paige VanZant vs. Amanda Ribas, and Ciryl Gane vs Shamil Abdurakhimov.

Speaking to TMZ Sports White confirmed July 11 is the date of the first ‘Fight Island even. Despite being pushed he refused to revealed the location of the island but did say he would be releasing images of what it looks like next soon.

“This week I will have images of ‘Fight Island’ and TMZ will have them first,” he said.

The UFC boss went on to try play down ‘Fight Island’ as many fans are getting over excited about it, he said.

“Here’s a big problem that is going on right now. The fantasy of Fight Island. I’m very worried it will eclipse the reality of Fight Island. The fighters are not going to walk out lined up with tiki torches on the side. I will not be sitting in a big thrown overseeing the octagon and watching the fight.”

White concluded by opening up on some of the features already in place on the island including an arena, an octagon on the beach and private training facilities to help combat COVID-19, he said.

“We actually have an arena. We built a little arena there that’s very, very cool. We are going to have a little training facility were the fighters can train and he fighters will have their own private places to train due to COVID-19 and, there will be an octagon on the beach too!”

Are you excited by the prospect of Dana White’s ‘Fight Island’?