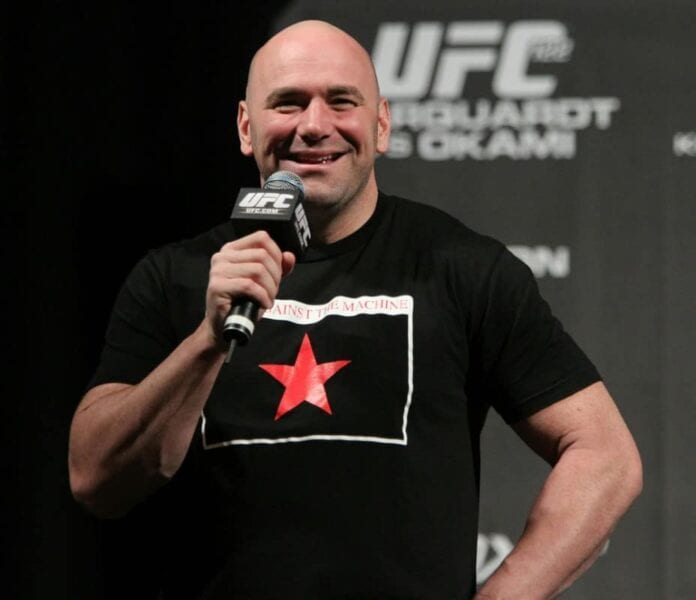 UFC middleweight Anderson Silva may have fallen in to pile of of bad media over the past week, but that won’t stop the promotion he works for standing behind him. In a similar light to Jon Jones after his cocaine scandal, the UFC are trying to keep the dramatics to a minimum and show their support for the fallen champion.

In a recent statement released to MMAJunkie.com, UFC president Dana White says he will stand by Silva, and also that the MMA legend will keep his TUF: Brazil 4 job:

Anderson Silva has been one of the greatest athletes this sport has ever seen. He has had a long and distinguished career in mixed martial arts. In his nine years with the UFC, Anderson has never tested positive for a banned substance. In light of this, we want to ensure that Anderson gets his due process and we will support him during this time. While this process plays out, Anderson will continue in his role as coach of ‘The Ultimate Fighter: Brazil.’ Of course we will continue to monitor the actions of the Nevada State Athletic Commission.

We fully support the commission’s out-of-competition drug testing program, which we have financed when requested over the past two years. Testing of this nature is important to help keep the sport clean. The director at the laboratory in Salt Lake City has now explained the timing of Anderson’s test results and why the commission and the UFC did not receive the results until Feb. 3, after the fight.

Once all the results have been made public and the Nevada State Athletic Commission has rendered its decision, we will respect the process and move forward accordingly.

Filming has not yet started on the TUF: Brazil 4 show, as it is planned to debut this coming April. It won’t air on US television, instead on Brazilian station Globo and on Fight Pass for everyone else. The announcement of Silva vs Shogun on TUF: Brazil 4 was an odd one, as they aren’t going to be fighting upon the show’s conclusion.

So are the UFC right in showing love for Silva even after such a torrid week of revelations, or do they need to take a harder stance? Obviously he has been their staple draw for the Brazilian market, and also the one of the original marquee champions of the promotion. How do you think they should be handling this saga?