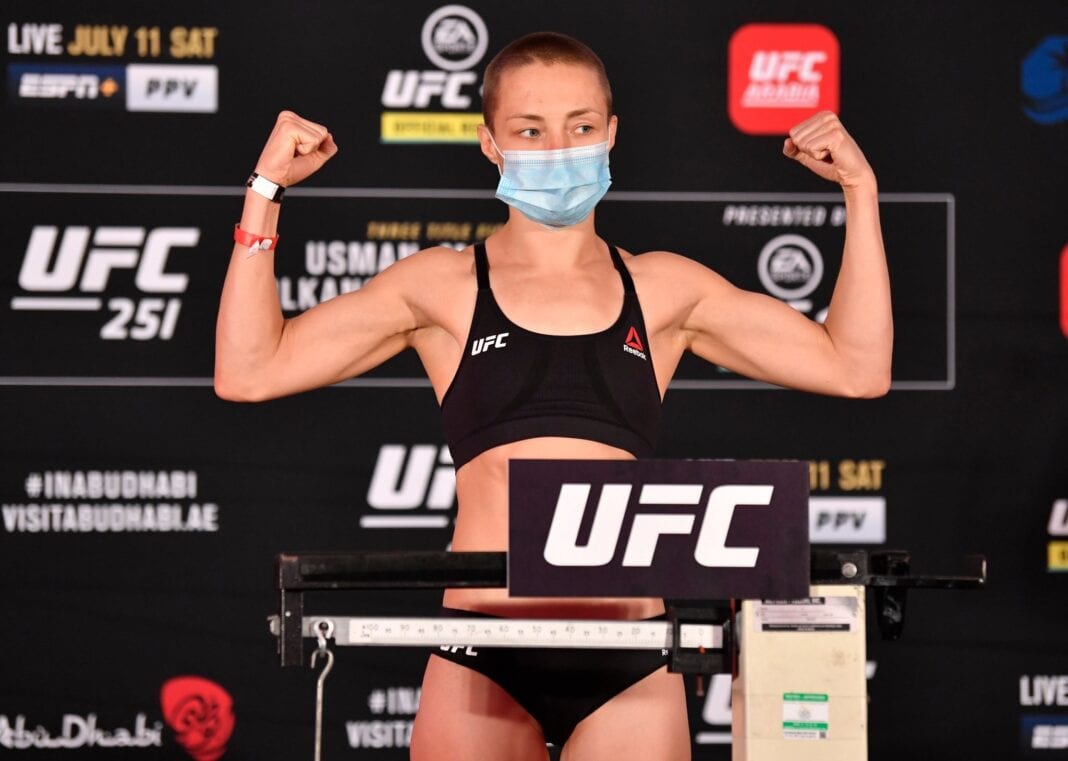 Following Rose Namajunas’s impressive fight of the night performance vs Jessica Andrade many expected her to challenge for Weili Zhang’s UFC Strawweight Title next, Dana White even admitted to working on the fight and trying to find a date for it. However, in a interview with BT Sport UFC President Dana White suggested that “Thug Rose” isnt interested in the title fight and are now looking at former UFC Strawweight Champion for that fight.

White said “What I’m hearing is Rose Namajunas does not want a title shot… So we’re looking at the rankings and how it plays out, it would play out as Weili vs. Carla Esparza.” (Transcribed by Aaron Bronsteter)

However quickly following the UFC Presidents comments, Namajunas’ fiancé and coach, Pat Barry, refused the idea that Namajunas doesn’t want the fight and elaborated that they want the title fight and it wouldn’t make sense to turn down the fight.

“That is absolutely not true,” Barry said. “We absolutely want the title fight. Who would turn down a title fight? We just don’t want to air this out publicly. If there was some confusion, they can call us to clear it up.” (Transcribed by Ariel Helwani) Barry then refused to comment further on the matter.

The last UFC Strawweight title fight came in March when Weili Zhang defeated Joanna Jędrzejczyk via Split Decision in what many people consider Fight of the Year. The Champion previously expressed interest in fighting Namajunas next for the belt. Zhang said “My preference is to fight Rose because I believe she is the highest level and most-skilled martial artist outside of myself in the division. She would be a good challenge for me.”

Who do you think Weili Zhang will fight next?