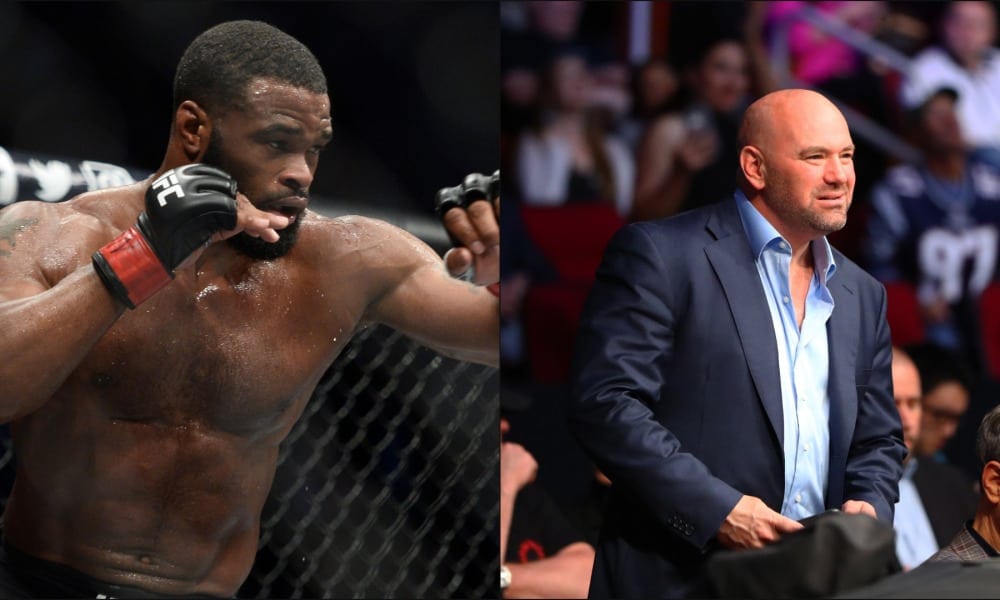 The drama between UFC President Dana White and UFC welterweight champion Tyron Woodley appears to be over.

Woodley made headlines earlier this week after he demanded a public apology from his boss after White slammed his performance during his UFC 214 co-main event title fight against Demian Maia this past weekend in Anaheim, California.

Despite the fact that Woodley didn’t get the public apology he asked for, it seems that the two men have talked to each other and worked out their differences.

“Woodley and I talked, and he said he was just pissed and upset and didn’t mean it,” White told TMZ on Tuesday.

White’s main issue with Woodley’s performance was that he felt his champion could’ve ended the fight whenever he wanted to. According to Woodley, the reason that he was unable to land his punches like he wanted was due to the fact that he separated his shoulder in the first round.

Going into UFC 214, White claimed that Woodley would be fighting former UFC welterweight Georges St-Pierre next, but that has changed as White stated at the post-fight presser that “GSP” would be fighting someone else.

That person is current middleweight champion Michael Bisping. It will be interesting to see who the UFC matches Woodley up against next and how long he will be out of action for due to his shoulder injury.