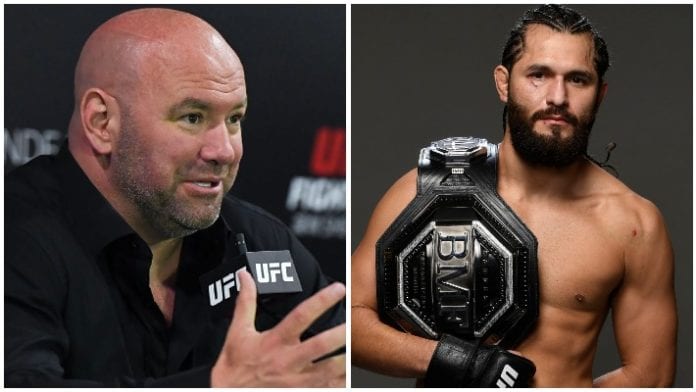 UFC president Dana White remains calm despite the fact another high profile star in Jorge Masvidal is seemingly refusing to fight amid a dispute about his pay. Masvidal fired out several social media posts last night in which he talked about being “disrespected” during negotiations for a fight with welterweight champion Kamaru Usman and also called for his release from the promotion.

‘Gamebred’ is not the first fighter to have financial disputes with the UFC. In recent times Henry Cejudo has retired prematurely in the opinion of most due to money issues and Jon Jones has relinquished his light-heavyweight title after a public dispute with White over the finances for a Francis Ngannou fight.

Speaking to media prior to UFC 250 White remained calm after hearing of Masvidal’s social media rants at the company and explained that he won’t be begging anyone to fight, he said.

“The reason we’re doing the island is so that fights can go and these kids from Europe and the rest of the world can make money and can work. I think a lot of people are really don’t know if it’s frustrated and confused or whatever the situation is right now… Anybody that doesn’t want to fight doesn’t have to fight, including Masvidal and Jon Jones and all these other guys. And it doesn’t have to be because of the pandemic. These guys are independent contractors. This isn’t like the NFL where I can make you, you come to practice and you do this or you’re going to get fined or you’re going to get this.

Do you think Dana White is worried that fighters like Jorge Masvidal and Jon Jones are publicly complaining about pay?